Home FOOD Edibles & Potables: “What kind of fast food place runs out of... 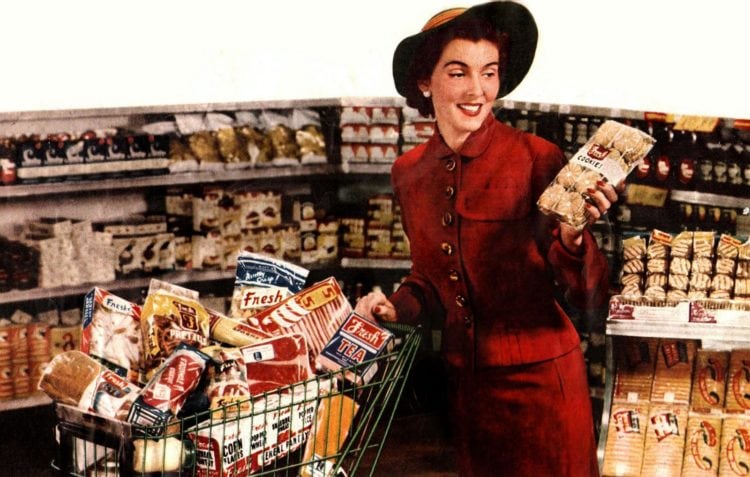 Sorry but neither the Moderna nor the Pfizer vaccine secretly implant microchips that put you under the control of Satan, as the microchips are needed elsewhere.

Today’s Sunday reading comes from Matt Stoller’s newsletter at Substack: ShortageWatch: “Sorry. No French Fries with any order. We have no potatoes.” Stoller is a fellow at the Open Markets Institute and the author of Goliath: The Hundred Year War Between Monopoly Power and Democracy.

My favorite story is quintessentially American, and un-American, at the same time. It’s from a Florida realtor who was in a hurry and stopped at a Burger King for lunch. He saw a sign, “Sorry. No French Fries with any order. We have no potatoes.” At first he thought he was imagining things. What kind of fast food place runs out of fries? Is this, he wondered, a sign of things to come?

It’s a good question. Fast food exists in a land of plenty, of surplus, of mass produced food with a reliable infrastructure of trucks, trains, farms, and distributors. Shortages of everyday goods conflicts not only with most of our lived experiences, but also with our very conception of who we are. There’s a name for this framework, and it’s called affluence.

In 1958, John Kenneth Galbraith coined the term “The Affluent Society” to describe a nation beyond material concerns, a nation with immense unthinkable wealth. In such a world, with consumer sovereignty paramount, the only way to go without is if you cannot afford something, not if society can’t produce it. Think about all the politicians who say ‘in the wealthiest country in the world surely we can afford XYZ.’ For the last sixty years, with the exception of the oil crisis in the 1970s, we haven’t had to think about production. If you have the money, you can get the stuff. But now our production systems, once so resilient and strong they appeared invisible, are breaking down.

So what is happening in the case of this particular Burger King? It’s hard to say, but the problem is clearly widespread. Taco Bell, Chick-fil-A, and Starbucks are having trouble sourcing ingredients, as are school and college cafeterias.

One culprit is the food distribution industry, which is highly consolidated (due to the standard litany of anti-competitive tactics like mergers and exclusive contracts with customers and suppliers). Problems at some of the biggest firms, like Sysco, have even forced summer camps and restaurants in some areas to shut down.

Readers are encouraged to read the remainder of Stoller’s essay at his web site, and while there, to explore. The current resiliency gap in America’s economic system isn’t an unexpected bolt from the sky; rather, it represents a series of choices made over a period of time. Spoiler alert: there exist different choices.