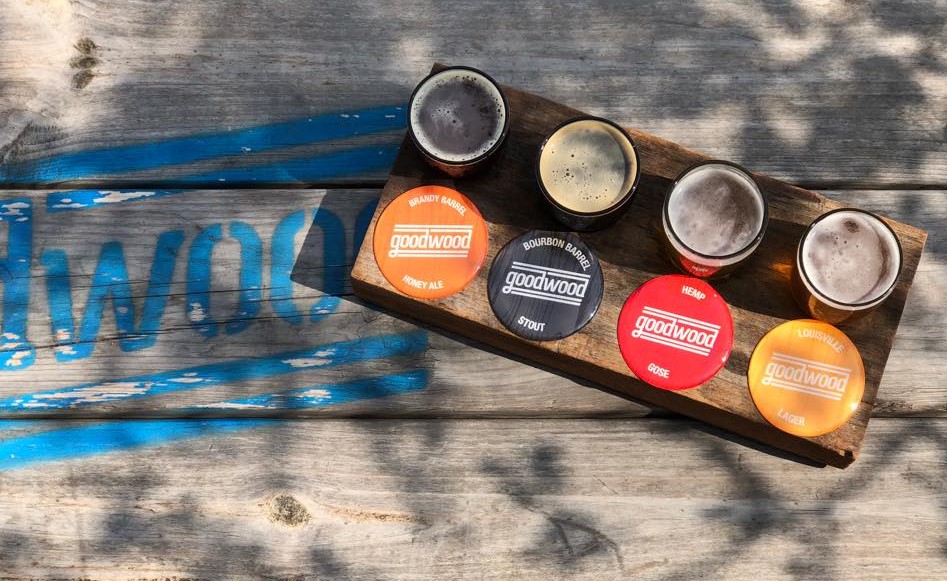 If you want it done right, you may need to consider doing it yourself.

The Goodwood Brewhouse & Live Room at 134 Spring Street in Jeffersonville, Indiana is closed for a short time, slated to re-emerge in early 2020 under direct brewery ownership after the remodeling work is finished.

Haley Cawthon at Louisville Business First recently undertook the task of explaining what has happened and will happen at the three-story building, fabled in Jeffersonville as the Third Base Tavern before becoming the first location of the now-defunct Big Four Burgers + Beer, and later the short-lived Cox’s Hot Chicken.

The Jeffersonville, Ind., taproom and live entertainment venue closed in late November, according to Ted Mitzlaff, chairman and CEO of Goodwood. He said it operated as somewhat of a franchise location for the brand, meaning while it operated under the Goodwood flag, the establishment located at 134 Spring St. had separate owners that licensed the brewery’s name.

According to Mitzlaff, “Goodwood will take over the entirety of the building and plans to add a restaurant to the first floor that was previously occupied by Cox’s Hot Chicken.” It isn’t clear whether Goodwood’s future plans include an actual brewery at the site.

As of 2018, Goodwood reported an annual production of 12,000 barrels, placing the brewery at the top of the “made in Louisville” craft beer chart. Satellite taprooms and restaurants like Goodwood’s location in Frankfort, Kentucky and the new Jeffersonville project are becoming increasingly common as craft breweries seek to retain control of their beers and sidestep the wholesaler’s cut of the profits.

In 2016 we took a closer look at Goodwood’s brewing operation.