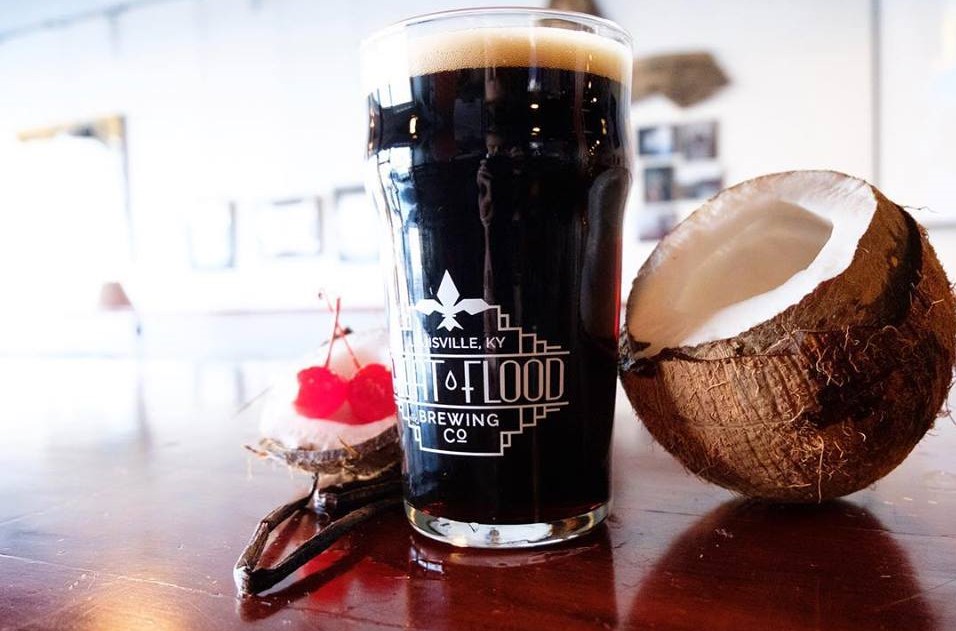 Great Flood Brewing Company debuted in April of 2014 with a stylish taproom on Bardstown Road, a stone’s throw from Douglass Loop. Great Flood’s house-brewed beers like Find A Away IPA and Toasted brown Ale became fan favorites, and a rotating list of guest craft draft beers also became a staple.

Great Flood recently revealed a plan to open a second location twelve miles to the east in Middletown (12717 Shelbyville Road), as reported by WDRB-41. While the brewery’s original Bardstown Road taproom remains BYOF (bring your own food), the new outpost will offer eats.

The new taproom will be on Shelbyville Road in Middletown. It will be inside the former Wick’s Pizza, which is located just inside the Gene Snyder Freeway. For the first time, Great Flood Brewing will serve food.

“The food is going to have a lot of normal pub fare, but we will keep it diverse though and have a lot of different options for people with different dietary restrictions, but also, it was a former Wick’s. We have plenty of pizza ovens, so there will be pizza included in that as well,” Great Flood Brewery owner Zach Barnes said.

Great Flood’s new location will open some time this fall.