Home DRINK Beer Hip Hops: The search for the perfect “comfort” pint should last a... 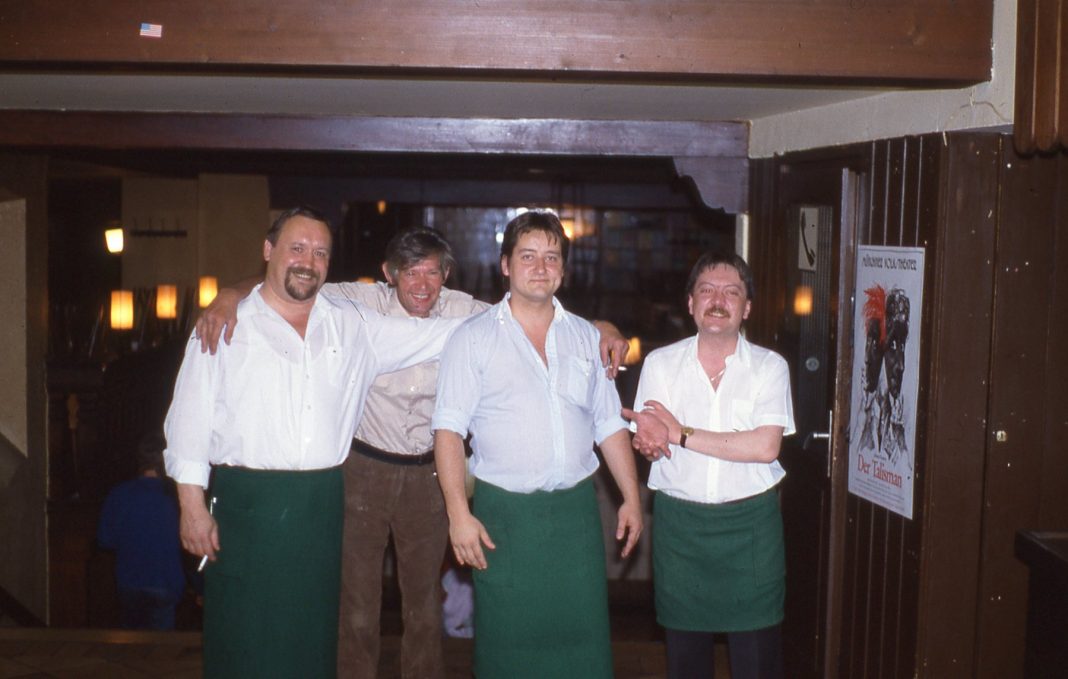 As regards drink, I can only say that in Dublin during the Depression when I was growing up, drunkenness was not regarded as a social disgrace. To get enough to eat was regarded as an achievement. To get drunk was a victory.
— Brendan Behan

By now there’ll be dozens of posts offering expert commentary on “the year in beer,” and of all the ones I’ve seen thus far, a piece by Jamie Bogner and Joe Stange at Beer and Brewing strikes me as fair, balanced and highly educational: The Best 20 Beers in 2020.

Despite the challenges this year posed, we were able to taste thousands of beers over the past 12 months. Here are the very best of this unique (and unrepeatable) year.

I might have tasted a hundred during the same period. What’s more, of the 20 beers mentioned herein, I haven’t sampled a single one. In all honesty, “thousands” is a concept landing outside the yearly parameters of my liver’s dotage, even if it’s accurate in terms of career statistics.

This being said, my real reason for citing Bogner’s and Stange’s article is the latter’s co-authorship, because while Joe Stange and I have not met, something he wrote in 2018 has stuck with me ever since, translating into mad and enduring respect.

(With Tim Webb, Stange is co-editor of CAMRA’s Good Beer Guide Belgium, an absolutely essential book, the latest edition of which came out in 2018.)

It seems that the beer writer Jay Brooks asked three questions, and Stange gave short answers. Questions one and three caught my attention.

The Session: Jay’s Three Questions. My Answers. That’s It.

This month Jay asks three questions and says not to think about them too long. Here goes.

1. What one word, or phrase, do you think should be used to describe beer that you’d like to drink?

In the beers I try I’m not looking for one-night stands. I’m looking for future wives. I’m looking for the ones you invite into your house because you might want to live with them, to grow more familiar with them; they walk in on you in the bathroom and you don’t even mind. Few beers are so easy to get along with. Few offer the sort of depth that allows a lifetime of getting acquainted.

Then Stange did it again.

3. Name three kinds of beer you’d like to see more of.

Or, three of my own personal favorite styles, and a hundred times yes: comfort.

Aristotle, noted among the agora’s habitués for his discerning wine consumption, once observed: “With regard to excellence, it is not enough to know, but we must try to have and use it,” and ultimately, beer is of little use unless we’re able to drink it.

How very true – and at the same time, oddly challenging. Prior to the pandemic’s arrival, we were in danger of being buried alive by a cornucopia of beer, blinded by the kaleidoscope, paralyzed at the tsunami’s approach.

Choices are a blessing, as well as a curse.

Back in 1990 when I started working at Sportstime Pizza, before Rich O’s Public House even existed, there were 284 breweries in the whole of the United States. Today there are more than 8,000.

Combined with those breweries outside America from which so many beers are imported, there might be as many as 75,000 different beers available at any given time throughout the nation, whether packaged or pouring from taps.

If I started now and drank six different beers per day until I’ve tried them all, it would take roughly 34 years to make it through, assuming the selection stayed the same, and conceding that by the year 2054 or so some of them wouldn’t be very fresh, including me. I’d be 94 by then, and my internal organs roughly 145.

I think back to Stange’s mention of comfort, to which the word “frenetic” might be seen as a polar opposite.

Another of the Greek philosophers, Diogenes, walked the streets in broad daylight carrying a lamp, hoping to find an honest man. 2,300 years later, a British beer hunter named Michael Jackson suggested that the search for the perfect pint should last a lifetime.

For me, being a beer lover in our current age is equal parts homage to Diogenes and Jackson. It is a search for truth in a time of staggering plenty (pun intended), when so very many choices are available that almost nothing of lasting value occurs as a result of the experience.

Three decades ago when I first started hanging out with homebrewers, the ultimate destination was far less complicated. Options in the marketplace were limited, and often non-existent, so we thought in terms of the everyday: could we make a nice dry stout, or a pale ale that tasted like Bass? If so, we’d be perfectly happy.

It sounds laughable now, but who’s to say the perfect pint couldn’t be an ale tracing its descent to Burton-on-Trent, consumed on the ideal night in a clean and well lighted place with your best friends and curry – maybe goulash, BBQ ribs or a Po Boy sandwich?

And how does Behan’s opening quote fit into this digression?

Actually, I’ve no idea. Conclusions exist far above my pay grade, at the confluence of viruses, economics, social conditions and so many other factors. We all know the next few months are going to be tremendously difficult for the service industry as a whole. Still, history affirms that failure and opportunity often can be observed as embracing two sides of the same beer coaster.

My personal course, both personally and professionally, will continue to be a little bit of tasting new beers, and a lot of finding the most comfortable ones, with the aim of getting to know them better.

I want Louisville metro to be the kind of place where 20+ breweries can operate their taprooms at something close to full roar again, and brew 40 beers each year if their business models permit. Sampling their wares invariably cheers me.

But I also want to know where the comforting and comfortable classics are being decanted, places like the Irish Rover, which has kept Fuller’s ESB on tap for a quarter-century. Probably most readers of F&D are getting plenty to eat; their achievements lie elsewhere, and drunkenness has long since ceased being a victorious pursuit, at least for me. Sipping beers that should be on a UNESCO world heritage list is my new norm.

The cover photo from Munich, Germany in 1987 shows three workers and one happy customer at the late, lamented Mathäser Bierstadt, a beer hall just down the street from the central train station. Those liter pours of lager and bigger-than-your-plate schnitzel were an early inspiration as beer pertains to comfort. The older I get, the more I return to it.