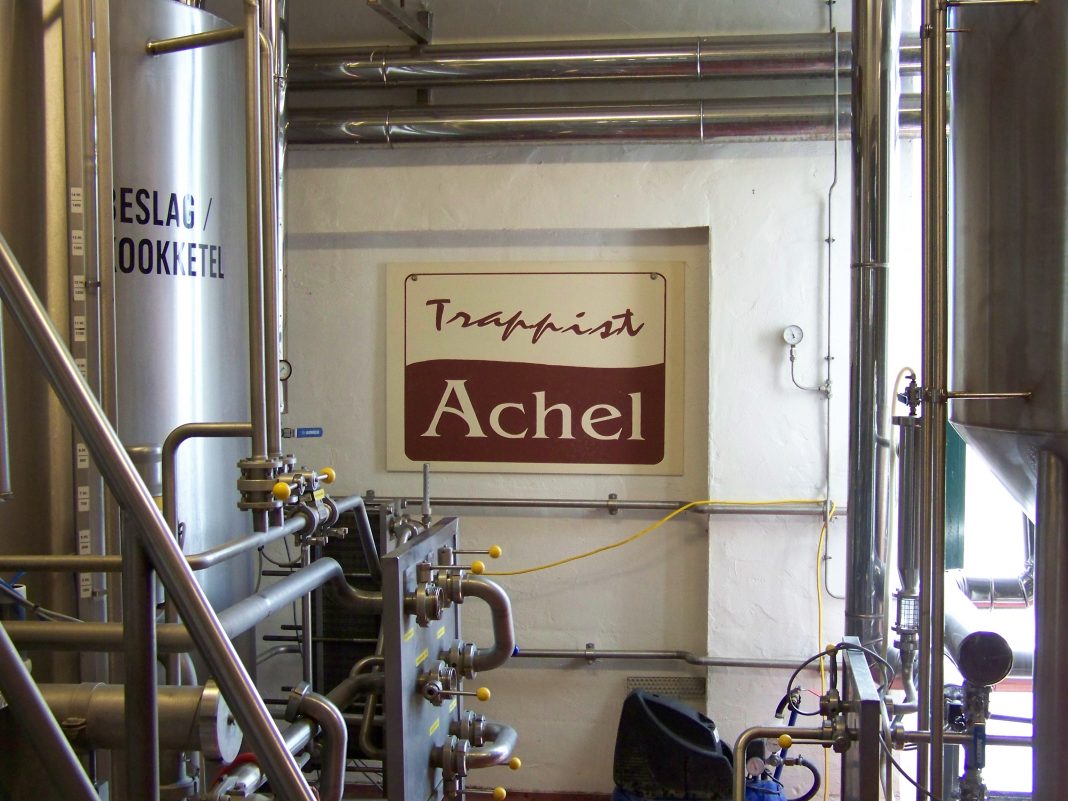 In the main, alcoholic beverage laws in America are the responsibility of state governments. Taken together as a convoluted mass of arcane interpretations and purely contradictory excess, they comprise a vast swamp in desperate need of draining. Ironically, the first nationwide pandemic to occur since Prohibition has directed a withering spotlight toward the institutionalized, inherent foolishness; witness the “emergency” suspension of so many rules governing distribution, whether by producers, wholesalers or retail entities. Indiana brewers already have the right to self-distribute, a privilege enjoyed by small wineries long before it was extended from grape to grain. Let’s hope Kentucky follows suit.

As an example of the preceding, Monnik Beer Co. has opened in New Albany at the former location of NABC’s Bank Street Brewhouse. Cawthon’s piece in LBF understandably concentrates on the new outlet’s on-premise food and drink potential, and yet two seemingly minor observations are quite significant.

(Brian) Holton said they were also attracted to the brewhouse because it had a turnkey, 15-barrel brewing system, which almost doubles Monnik’s capacity. It also has given the brewery space to move its canning line over to New Albany.

As well as this, also from Holton: “We also plan to self distribute in Floyd and Clark counties to hopefully help move some more beer.”

A brewing system is a machine. It must be used commensurate with the costs of its acquisition, maintenance and operation. Canning in a time of pandemic disruptions and shut-ins is vital, justifying the brewery’s overall capacity. On-premise sales help, because the profit margin on a draft pour can’t ever be higher than when you’re serving it at your own taproom. Being able to deliver beer to other retail outlets, as Indiana breweries are allowed to do, is another layer of helpfulness.

• Why Is Screaming Eagle’s Winemaker Making $90 6-Packs of Lager?, by Aaron Goldfarb (VinePair) and A $90 Six Pack of Pilsner, by Jeff Alworth (Beervana)

Allow yourself a few moments to read these essays in sequence. Goldfarb is the straight man, while Alworth provides the devastating punch lines.

The style of lager beer we call “pilsner” is so named because it originated in the Czech city of Plzen (or Pilsen) roughly two-centuries ago, at the timely confluence of scientific insight about the brewing process with the industrialization of all modes of production. Ironically, a more time-consuming period of aging fit hand in glove with the notion of beer factories, yielding a revolutionary beer: golden, clean, and effervescent, with a malt-hop balance ideal to encourage another round.

Is any pilsner coming to you worth $15 apiece if it isn’t housed in a growler? Pilsner Urquell still tastes mighty fine to me, and a six-pack’s ten bucks.

To conclude this week’s meanderings, three markers from Belgium.

Among monastic orders, certain outposts of the Cistercians, Benedictines and Norbertines brew their own beers, but the close geographical proximity of Trappist breweries in Belgium and Netherlands established a niche for holy ale. Trappists have astutely grasped that an appellation of origin protects not only their brewers, but also cheesemakers, jam and jelly makers, bakers and perhaps even basket-weavers.

For certification as a Trappist brewery, the brewing operation must be located on monastery grounds (fermentation and packaging can occur elsewhere). A portion of the profits accrued from the brewing must go to specified charitable purposes. Finally, monks must retain involvement overall, although they may hire secular brewers and helpers.

Implicit in the latter is an assumption that there’ll always be monks, but as the current situation at Achel (brewed at the Achelse Kluis monastery) attests, the presence of monks no longer can be taken for granted.

Meanwhile at Westvleteren, where monks remain in residence, there’s a creative new Belgian delivery scheme for the rarest of Trappist ales, Westvleteren 12. I’d consider paying $85 for 24 of these, as opposed to the $360 required for a case of Screaming Eagle’s Hanabi, two cases of which would suffice to pay for a plane ticket to Belgium (and no, I wouldn’t bring any of the ensuing Westies back to you).

Finally, “Flemish Stew”: Stoofvlees or Stoverij in Flemish; in French-speaking Wallonia, Carbonnades Flamandes. The recipe calls for the use of two bottles of St. Bernardus ABT 12, which in my mind is a more than worthy secular stand-in for Westvleteren.

Pro tip: use an abbey-style Dubbel, Gulden Draak or Leffe Brown instead, and accompany the stew with St. Bernardus ABT 12.