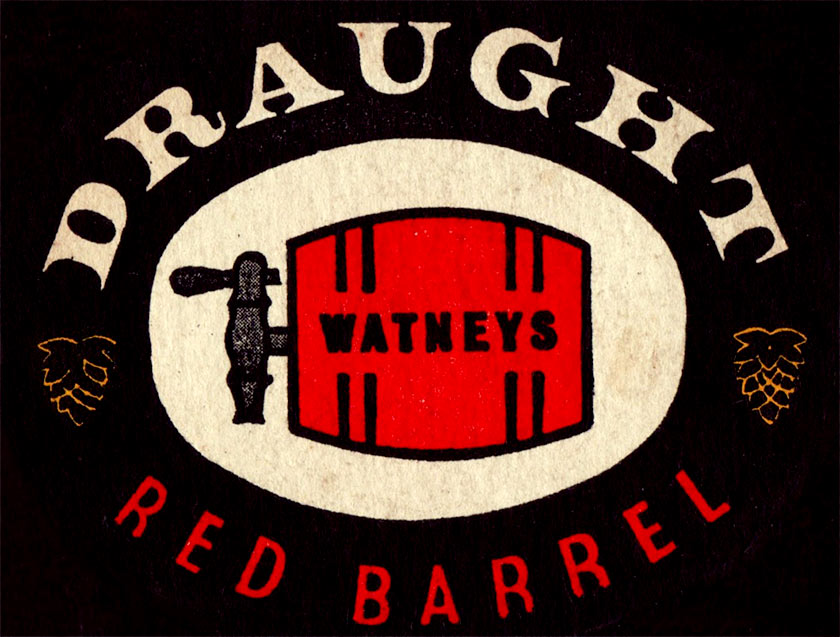 Talk about a buzz kill.

Every time you recall a memory it has changed from the original experience. Whatever has happened since has influenced your retelling of that moment. We are not static animals; we’re fluid processes continually remembering the past differently dependent upon the situation. You feel like the same person that woke up yesterday, but from a neurological perspective it’s not quite you. The continuum of identity is likely a survival trait that enables us to function within societies, but as the Buddha knew, identity is an illusion. A highly elaborate one that persists for decades (or even a century), but a ruse nonetheless.

And yet we persist in the continuum, indulge the illusion and humor the ruse, as I’m about to do shortly with memories of a particular beer bar that helped forge my own professional identity, then disappeared in the pea soup haze of recollection.

But first, recently I ran across one man’s view of “5 Habits of Highly Successful Beer Bars.” Here’s the condensed version.

At this point in time there is little point arguing with these conclusions, which seem axiomatic. However, they’re worthy of an addendum; surely these principles are applicable across the wider spectrum of the food and drink sector, and are worth the effort not only at those establishments wishing to be known as “beer bars.”

However, when I think back to one of the most influential beer bars of my wayward youth, I’m not sure any of these five points were considered, much less consistently applied. Then again, I certainly didn’t know any better myself at the time, apart from asking for a glass to accompany my bottled or canned beer.

I speak today of the decade of the 1980s, the presidency of Ronald Reagan, the ascendance (and just as rapid collapse) of Bartles & Jaymes, Bobby Ewing’s infamous shower, and the heyday of The Fat Cat’s Deli & Pub at 1801 Bardstown Road.

The Bard’s Town has occupied this hallowed ground for more than a decade; previously it was home to Big Dave’s, Judge Roy Bean’s, Baja Bay and heaven knows what else, but for a little while, Fat Cat’s was the place to go for those of us pursuing better beer.

There weren’t many drafts, perhaps a half-dozen, but they included Guinness, Watney’s Red Barrel and Dortmunder Union (DUB) Dark Lager. The bottle list numbered somewhere between 50 and 75 choices, although there might have been as many as 100.

It was the first bar I’d ever seen with a Wall of Foam, wherein buying and/or drinking one of each beer on the list was rewarded with a t-shirt, a free meal, and your name painted on the wall—and, of course, later painted over dozens of time after the pub went out of business.

I seem to recall the deli being above average, with chili that won “best of” at more than one cookoff. Was there a Reuben?

We had some good times at Fat Cat’s, especially all summer long in 1986, when a friend and I house-sat for another friend just down the street. Before our brief residency on Douglass Boulevard, I seldom had the chance to get across the river from SoIN to patronize Louisville bars of any sort.

We drank a few beers at our friend’s house, too, as attested by this photo of the recycling bin. 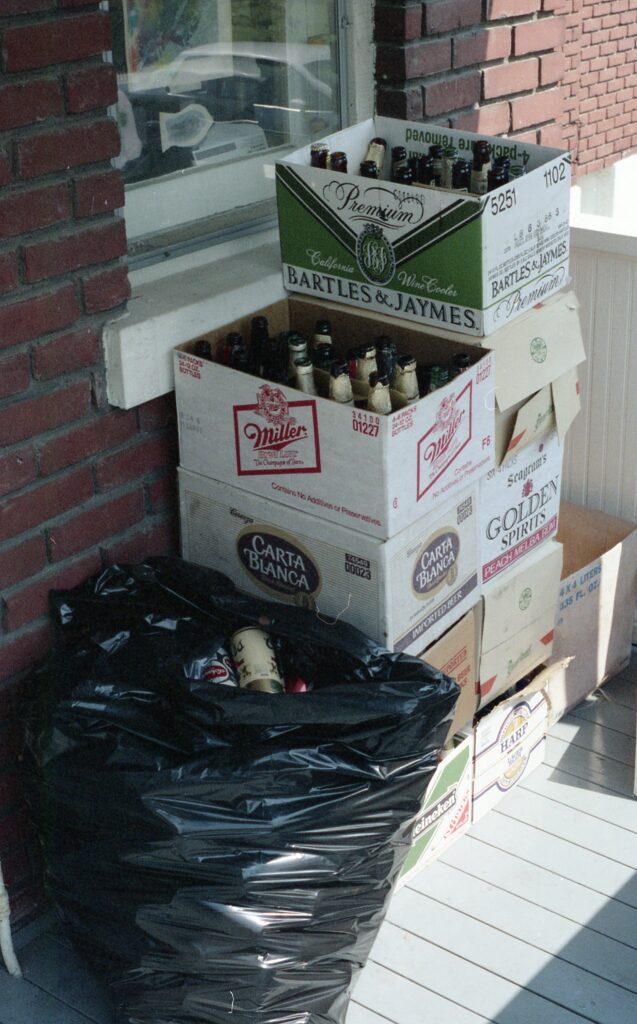 By today’s standards, the beer list at Fat Cat’s was underwhelming. It’s likely that two-thirds of the beers on the list were golden lagers or pilsners, distinguished from each other primarily by country of origin.

Referring back to those five “habits” about beer bar best practices, probably none of them applied to Fat Cat’s, or for that matter to any other bar of like-minded intent in Louisville during the 1980s. The nuances came later, gradually, as everyone involved learned more about beer and brewing.

And yet Fat Cat’s was an important milestone for better beer prior to the arrival of (micro/craft) brewing in Louisville a few years later. Who’d ever tasted Hacker-Pschorr Maibock or Samuel Smith Taddy Porter?

And the pub’s regulars were fervently loyal. There were persistent stories about customers staging multiple fundraisers to help the owners pay back taxes and stay in business. In truth, I can’t find any evidence to support these (by now) ancient myths, but maybe someone reading today can offer insight.

In addition, I can’t find a single photograph in my personal archive of Fat Cat’s in a beer-related sense, although someone at the Louisville Beer Snobs Facebook page unearthed a video at YouTube of a musical performance by the Titanic Juke Band at Fat Cat’s, circa 1985.

Got photos of Fat Cat’s? A treasure trove of information? The key that unlocks memories, however ephemeral, of this short-lived but highly influential institution?

Hit me up, please.