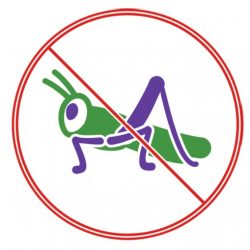 This is the season when those lazy, hazy, crazy days of summer give way to the crisp, cool, clarity of fall. Swimsuits and summer romances are replaced by letter sweaters and “it’s complicated” updates on social media. Likewise, the culinary trends that were so fresh and promising earlier in the year start drooping like a garden full of ripe tomatoes after an onslaught of squirrels.

In recent years, we’ve seen some quite sensible ideas of course. You have to figure that at a thousand bucks a pop those Gold-Plated Chicken Wings that showed up last year on a New York City menu probably have legs… But there was also some stuff that was just plain stupid.

Here are some examples.

I really want to hustle this one out the door. It all started innocently enough.Like many other foolish food lovers, I bought the Noma Guide to Fermentation early this year. But I was immediately frightened when I saw what was inside. The book addresses the science behind fermented foods – sauerkraut, kim chi and kombucha to name a few – which is a worthy enough subject. But this is also a cookbook that crosses some invisible, unspoken barrier between the worlds. It is basically the culinary equivalent of the Necronomicon or the Upside Down in Stranger Things. Simply put, this is cooking that, if you screw it up, can kill. It is one thing to put forward a recipe for cupcakes. It is another to put forward a recipe for washed-rind turnips that gently rot until they achieve the texture of Camembert cheese and are served to unsuspecting diners on a $250 tasting menu. And, should you venture the opinion that maybe this isn’t such a hot idea, you will be food-shamed for your closemindedness. No, this is a cookbook that leads to cults, alchemy and dark magic. Who knew pickles could be so fraught with consequence? Keep fermentation where it belongs – in adult beverages – and out of the hands of curious dilettantes.

The Emperor wears no clothes, people! You know what a naked cake is? A cake that hasn’t been finished. What would you say if your contractor tried to sell you on this new concept called “Open Walls,” framed out 2x4s without sheetrock with pulled wire dangling from conduit and empty junction boxes? You’d tell him to finish the damn job. Well you fancy pastry peoples – finish the damn cake. It’s one thing to slice into a cake and admire the contrast between its layers. It is another to sell a cake with all of its berries just hanging out. Have a sense of decency.

Where were you when you saw your first donut wall, where donuts hung on pegboard like so many delicious, edible impulse buys at Dollar General? Most likely it was a wedding or perhaps a corporate function that sought to inject a little wackiness with a trendy catering upsell. Welcome to the Donut Wall, that Instagram-able grid of fried dough and glazes that captivates and charms. I admit they look enticing when in full bloom. But an hour into the reception when the flower girls and drunken bridesmaids have been at them and the edges are soggy and gnawed upon, they are far less appealing. Also, it is redundant with the cake. Unless of course the bride and groom are serving a pizza bouquet instead, which is a whole other story…

This isn’t exactly a trend, as insects legitimately make up a substantial source of protein across many cultures worldwide. But stop trying to sell this to Americans – they are not buying. Despite the hypocrisy of perception – take a close look at your next crab or lobster before you dive in and crack it apart – Americans are not taking the bait. Literally. Let’s leave insects at the fringes – for die-hard yakitori fans and as fodder for tales of daring food experiences while abroad. After all, if everybody ate dried crickets instead of popcorn at your local AMC Theater, what would be the point of bragging about it? All the cachet would evaporate. And as for the planet-friendly source of protein argument, we can already get our plant-based protein powders in convenient buckets at health food stores. Try again in five years or after the apocalypse, whichever comes first.

A friend told a joke: How do you know if someone is on a keto diet? The answer: Don’t worry, they’ll let you know. Every few years a newish iteration of the low-carb approach rears its head across chat rooms and asterisked menu items nationwide. Named for ketosis – that magical moment where your body shifts from burning carbs to protein and rewards you with terrible breath – Keto is the next fad up to bat in the lineup. And while there might be a lot to recommend this approach – steaks, butter, bacon and omelets come to mind – nobody wants to hear about it. So keep it to yourself and while you are at it keep some Crest Fresh Strips handy.

It’s this year’s miracle cure, appearing in everything from lattes to topical creams. It’s cannabidiol oil, a non-intoxicating extract from the cannabis plant that is confounding law enforcement and regulatory agencies nationwide. But can it really cure everything from Irritable Bowel Syndrome to racism like the banner ads would have you believe? Probably not. And, frankly, I’d rather have the delta 8 THC gummies from Area 52. So anyone going out to Colorado feel free to mail me some CBD gummies.

I love Korean food. But I don’t know how to cook it. Most food writers would never admit this, but many of them are prisoners of their ego. Not me. I’m the humblest person you will ever meet. So when I go to one of these new Korean BBQ spots I get a little nervous. How much meat and what kinds do I order? Do I just pig out on these little plates of pickled things of or do I pair them with certain proteins? Am I right to fear cross-contamination by hoisting raw chicken over a flight of dipping sauces? Why are scrambled eggs collecting in this grill trench? These are a few of the things I want to know. I actually don’t want this trend to end, but I do need a little help.

So bid farewell to these fads. It was not so great knowing you. My business took a huge loss this year so I’m glad to see you go. Let’s look forward to a future that is geared-up for sci-fi dystopic culinary trends. I don’t know where the apocalypse will begin, but the smart money is on hybrid medicinal/cannabis edibles delivered by drones ordered through the Dark Web. Gummy multivitamins are for wusses. The future is now, thanks to science. F&D