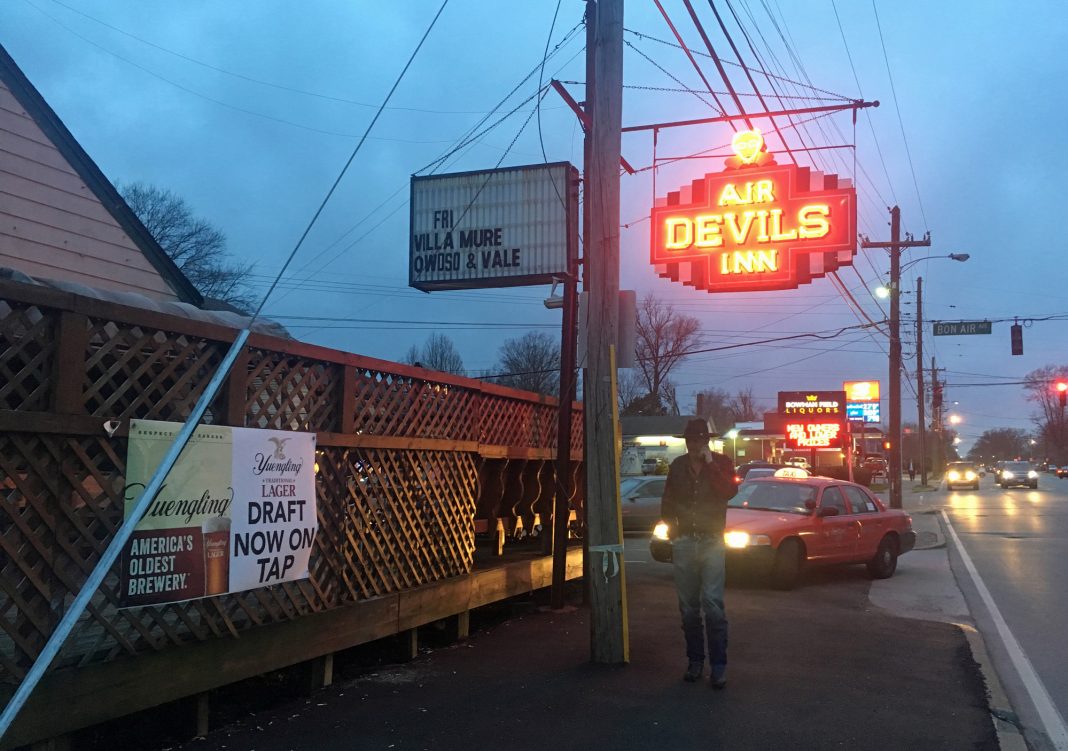 This essay is written by Sara Havens, whose “The Bar Belle” column appears in Food & Dining Magazine’s quarterly print editions. The essay is reprinted from Sara’s web site with her permission (and the cover photo credit is Sara’s, too). Don’t forget to follow the link and read what Sara is writing.

On Aug. 23, Louisville Metro Council member Cassie Chambers Armstrong filed an ordinance that proposes a change to alcohol sales in Louisville from 4 a.m. to 2 a.m.

Notice I said Louisville — meaning the entire city and not just one neighborhood.

According to Chambers Armstrong, the ordinance would help cut down violence that has recently occurred in her Highlands neighborhood — because all bad things happen between 2 and 4 a.m., right? The ordinance would apply to all of Louisville’s bars, not just the Highlands.

As you know, I am a champion for our vibrant bar scene and believe it’s just as important to our city as bourbon, basketball, tops chefs and, yes, even the Derby. Our 4 a.m. last call is proof that our city thrives long after midnight, and it serves a purpose for those working third-shift jobs and in the service industry, both of which are the lifeblood of our city.

I believe this new ordinance would further harm our bar scene, which is still recovering from the 2020 pandemic shutdown, and punish all for the acts of some. I’ve talked with a handful of bar owners who say a healthy amount of their daily sales comes between 2 and 4 a.m., the time when folks in the restaurant industry get off work and have cash to burn while they wind down from their workday.

Contrary to popular belief (most likely from those who haven’t stepped foot in a bar after midnight in years), most late-night drinkers are not delinquents, rowdy frat boys or gun slingers looking for trouble. They’re people from all walks of life looking to unwind, dance, play pool, catch up with buddies or bond over brews. They’re also tourists who have flocked to this trending Southern city in search of all things bourbon, including this immaculate bourbon culture we’ve created through our nightlife scene.

I feel like the proposed ordinance was a knee-jerk reaction to an uptick in violence in Louisville, but our small businesses shouldn’t be the ones that get punished. In fact, many bars hire extra staff to man the doors and check IDs, and they truly value the safety of their customers and surrounding neighbors. I know this doesn’t apply to all bars, and the establishments that continue to have issues should be monitored and reprimanded.

The unfortunate facts are these: our Louisville Metro Police Department is dealing with a staffing shortage, and violence after the pandemic is up 21% nationwide. Cities all over the country are dealing with the same issues, but the good news is there are opportunities for creative thinking on combating violence.

But back to the issue at hand. It’s not right that an industry built into the fabric of our city must suffer because of several recent incidents. Unfortunately crime will continue to happen at all hours of the day, not just between 2 and 4 a.m.

Louisville’s late-night hours should be a point of pride, helping us stand out from other nearby cities like Indianapolis, Cincinnati and even Lexington. Our nightlife scene attracts people from near and far because it is unparalleled in this area of the United States.

It may not be your cup of tea to sip an Old Fashioned at a neighborhood pub at 3 a.m., but that doesn’t mean you can take that right away from others. Let’s figure out a solution without penalizing our small businesses.