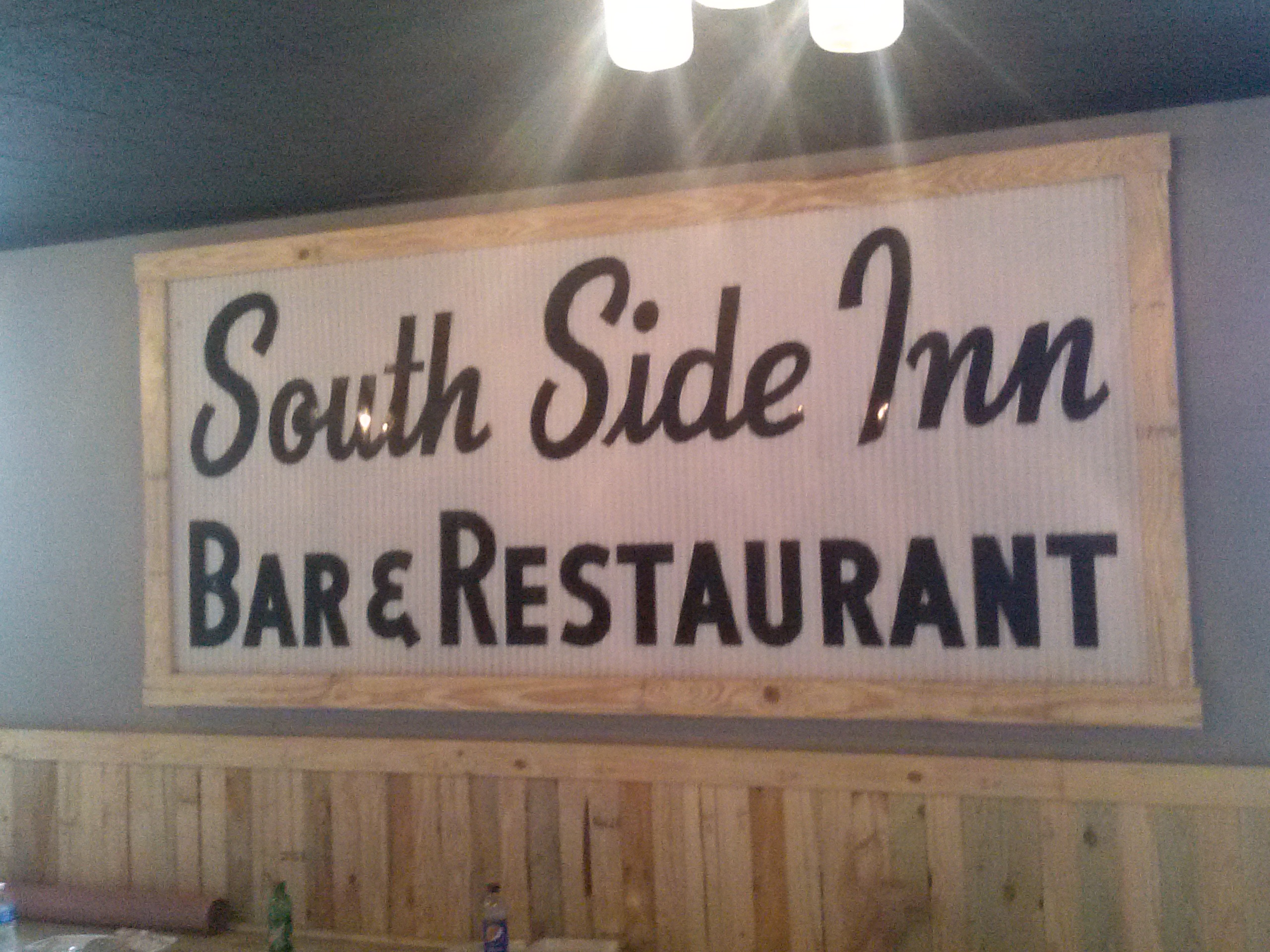 Many lunch time diners on both sides of the river recall with fondness the funky authenticity of the old South Side Inn cafeteria, 114 E. Main St, New Albany, which had a 50-year-plus run until it finally closed in 2008. Now, local restaurant entrepreneur Matt McMahan has signed a lease on the property, and is rehabbing the structure to house the area’s second Big Four Burgers + Beer store.

McMahan has been trying to keep some of the ambience of the old place, while making it able to handle contemporary fast casual food service.

The façade and front section of the building date to the 1920s, when it was a doctor’s office. Renovations over the years laid down enough layers of flooring over the original hardwood that, once stripped away, several inches were added to the ceiling clearance.

Owner Matt McMahan, who last year also opened Charlie Noble’s Eatery & Draught House in Sellersburg, signed a lease on the property last September and has been working feverishly to re-imagine the space as a companion to the original Jeffersonville location of Big Four while also paying tribute to the South Side’s heritage.

The original two-sided “South Side Inn” sign will be incorporated into the new design, as will other historical artifacts such as photos and newspaper clippings uncovered during the renovation.

The menu will mostly be what the original Jeffersonville Big Four’s menu looks like, including a focus on craft beer, but with a few additions.  McMahan says that since there is a YMCA right next door to the old South Side building, the new Big Four will likely add a couple of salads and perhaps some wraps to go with the signature burgers. A South Side Burger is in the works.