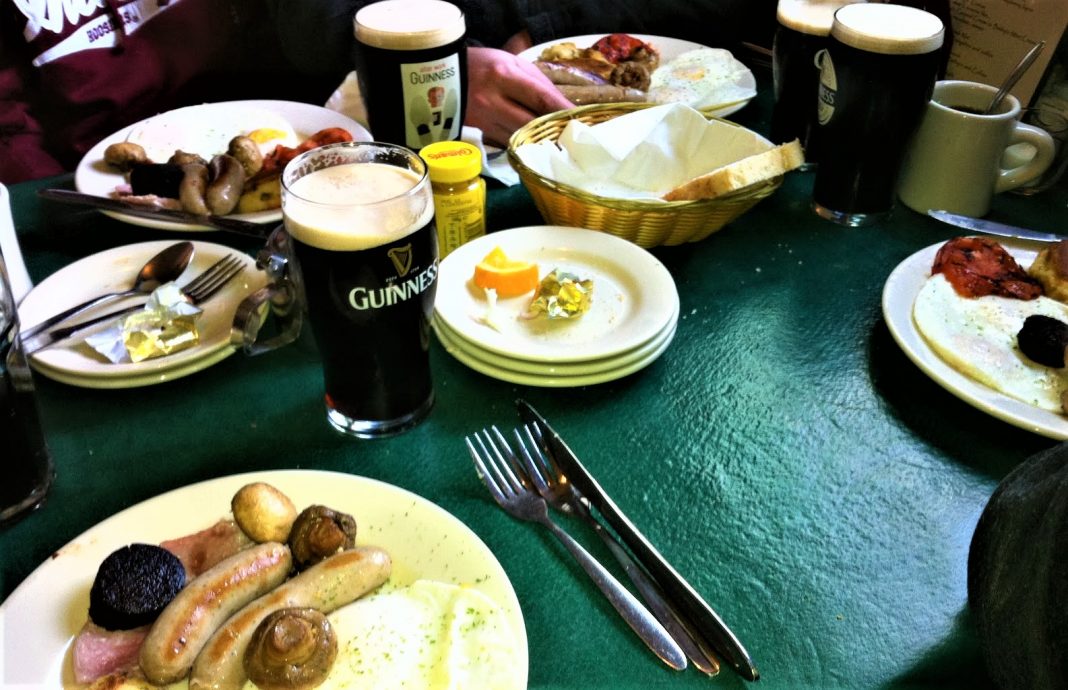 By some accounts The Irish Rover (2319 Frankfort Avenue) has been functioning as Eire’s unofficial Louisville consulate since Old Grand-Dad was in knee pants, but actually the pub was established in 1993.

For much of this time the Rover has offered a traditional Irish breakfast (10:00 a.m. to 2:00 p.m.), music and varied festivities on Boxing Day, the day after Christmas (this year, Thursday, December 26).

Boxing Day is a holiday custom originating in Britain, and persisting in former British colonial dominions, with the earliest known reference coming in 1833. There are two main theories to explain it.

One idea is that December 26 was the day centuries ago when lords of the manor and aristocrats typically distributed “Christmas boxes” often filled with small gifts, money and leftovers from Christmas dinner to their household servants and employees, who were required to work on December 25, in recognition of good service throughout the year. These boxes were, in essence, holiday bonuses. Another popular theory is that the Boxing Day moniker arose from the alms boxes that were placed in churches during the Advent season for the collection of monetary donations from parishioners. Clergy members distributed the contents of the boxes to the poor on December 26, which is also the feast of St. Stephen, the first Christian martyr and a figure known for acts of charity. (Ireland celebrates December 26 as St. Stephen’s Day.)

There’s also a Druid’s explanation for the Boxing Day phenomenon.

In the modern era Boxing Day has become an extra day off for the holiday, and another opportunity to eat, drink, watch sports and take advantage of post-Christmas retail sales.

Let’s review: Traditional Irish breakfast and live music for Boxing Day served up at the Rover on Thursday, December 26, from 10:00 a.m. to 2:00 p.m. For those of legal drinking age, a cool pint of Guinness completes the scene, although coffee will do in a pinch.

But there’s even more tradition on tap at the Irish Rover, less than two weeks from now.

Whew … You made Christmas happen for friends and family, and now it’s time for your own celebration! The Irish Rover revives a long-standing tradition of Nollaig na mBan — or Women’s Christmas — with a party just for you. Live Irish music by female musicians, drink specials, and a special beer made by female brewer Leah Dienes of Apocalypse Brewery!