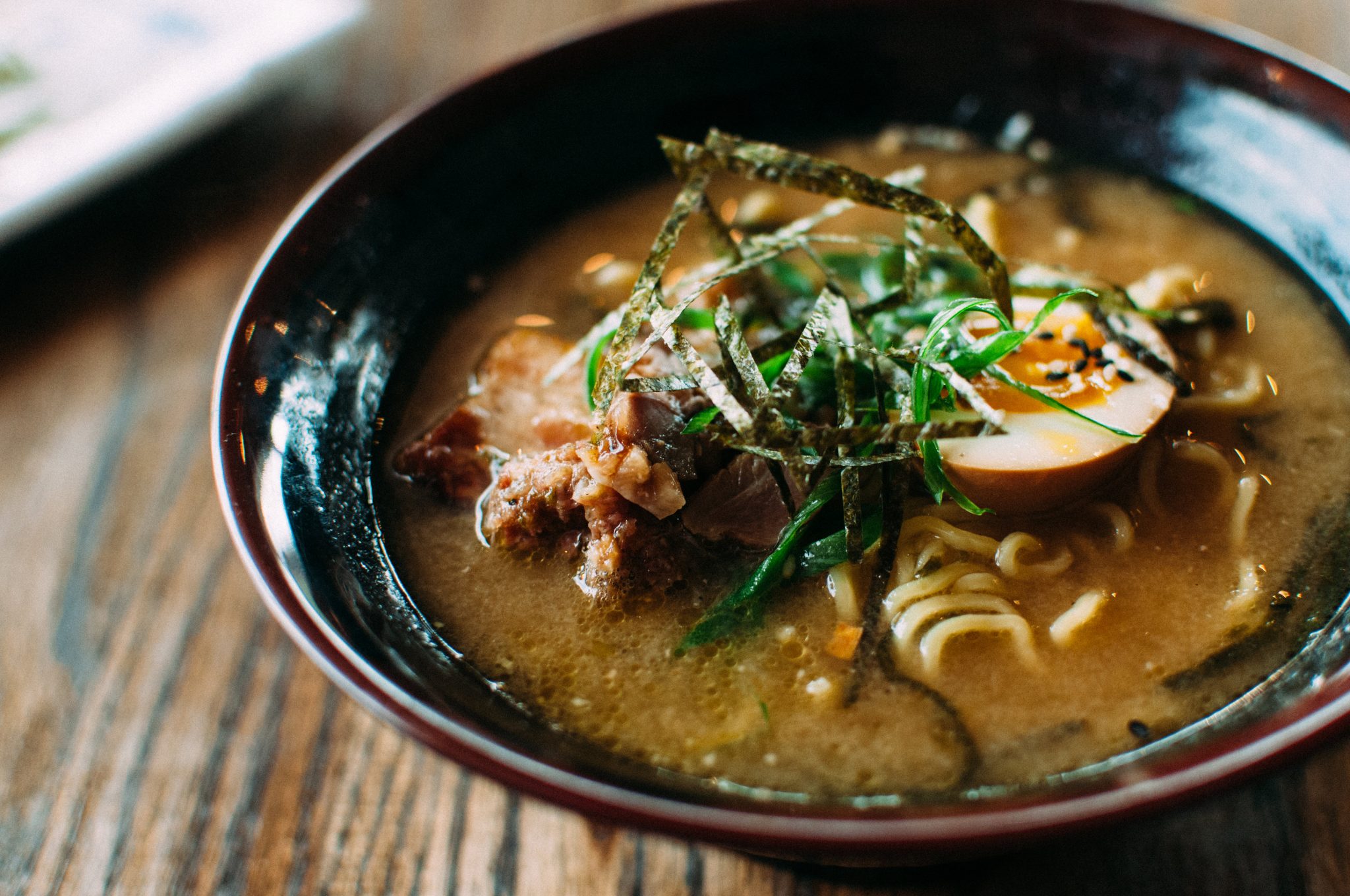 The Thrillist citation cites the trepidation that owners Jason McCollum and Aenith Sananikone-McCollum at first felt when they opened in a location that had seen a number of other restaurant ideas come and go in short order. But the McCollums, who had studied at Culinary Institute of America in New York, redesigned the space and decided to focus on ramen and fried chicken “with an Asian twist.”

Chik’n & Mi’s approach to fast-casual ethnic-influenced dining has proven successful, gaining loyal fans, including a lot of other chefs, and good notices in varied publications.

For those who have not yet discovered Chik’n & Mi, the menu (which will change seasonally) currently boasts varied choices, from salads with ginger or miso-sesame dressings, seared octopus, steamed buns, fried cauliflower, kimchi mac &n cheese, ramen, sandwiches, and, of course, fried chicken.