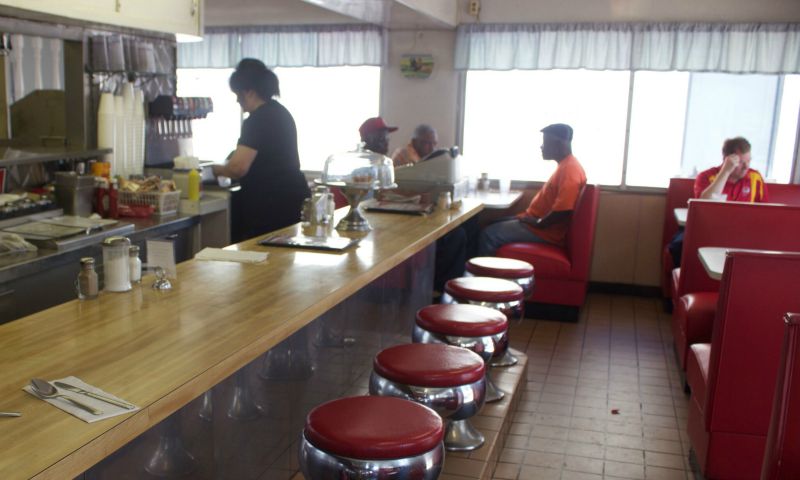 When D. Nalley’s, the little diner that time forgot at 970 S. Third St. in Old Louisville closed earlier this year, Jay Shreve saw, at last, his opportunity to bring to fruition his long-time dream: to open a really good little barbecue restaurant. If all goes well, he hopes to open Jay’s BBQ by early November.

Shreve has been a long-time chef at Porcini’s, though in recent years his time there has been less as his career as a nurse-educator at Norton Hospital has matured. But he has been making barbecue for catering gigs for many years, developing his approach to smoking and working up side dishes that he takes great pride in. “My goal,” he said in a phone interview, “will be to make great bbq, with emphasis on really good sides.”

Shreve’s plan is to do a lunch barbecue, serving from 11 a.m.to 4 p.m., “I want to get really good at that,” he said, “and if it expands, fine. What I want to do is a fine barbecue lunch. It will be super simple and fast casual.”

He has always loved the classic lines of the building, and the retro authenticity of the interior, which he plans to leave the just as it is, though a few updates are needed to bring it up to code.

He intends to run a lean operation, with himself in the kitchen, a counter person and 2 food runners. Orders will be taken at the counter off menu boards, and the meals run to the tables.  Sandwiches will come with one side and house-made pickles; plate specials will have 2 sides, cornbread and house pickles.  He will smoke pork shoulder, chicken, beef brisket and will also offer a smoked meat loaf. Side dishes will include corn pudding and potato salad. “I just want to do the standards really well,” Shreve said.

There will be sweet treats such as cookies and brownies for grab and go at the counter, and drinks will include lemonade and sweet tea.

The building is just down the street from the perennially popular Ollie’s Trolley, and the property comes with 13 parking spaces. The enclosed smoker will also be in the rear of the restaurant. “D. Nalley’s is so well known,” Shreve said. “I am really looking forward to getting it open again. “