The 17th-century French writer François de la Rochefoucauld observed that “to eat is a necessity, but to eat intelligently is an art.” During Louisville Restaurant Week you have the opportunity to eat both intelligently and purposefully by dining out at local eateries, and by doing so, helping to support two area non-profits.

It works like this: Choose a pre-fixe, three-course menu for $26, $36 or $46 at participating Louisville restaurants, enjoy your meal, and know that a donation is headed to Coalition for the Homeless’s Rx: Housing Fund, and to Goodwill Industries of Kentucky for its Soft Skills Academy. Both programs help to get people into housing as well as to develop job skills. 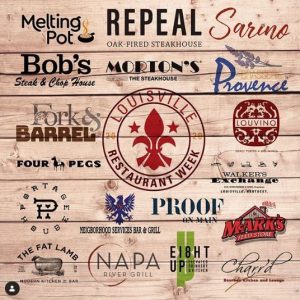 According to an information release, a similarly structured restaurant week last April in Cincinnati raised $23,698 for the Cincinnati Children’s Hospital Medical Center.

Louisville Coalition for the Homeless