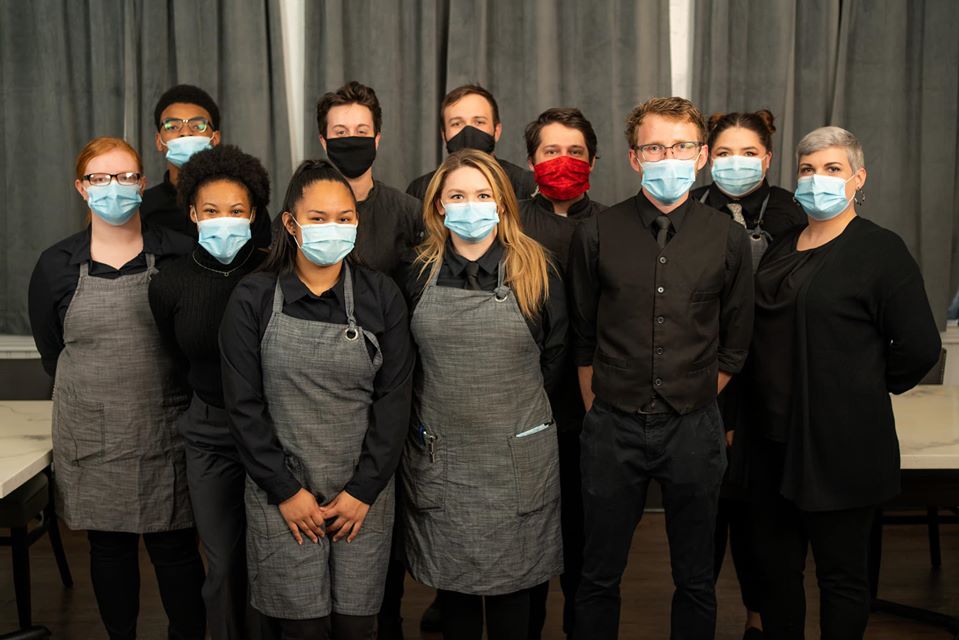 Since 2020, Food & Dining Magazine’s weekly Edibles & Potables column has been a place to range outside our normal coverage area to pan for little slivers of “elsewhere.”

However, today the topic is here, there and everywhere, at least in terms of the United States of America. Joe Biden becomes president on Wednesday, and while this fact might well imply dozens of potential topics, we’ll fix our gaze on only one.

Biden’s Plan to Help Battered Restaurants Is Unclear as He Pushes for $1,400 Stimulus Checks, by Ryan Sutton (Eater New York)

It’s been less than a month since President Donald Trump signed the last COVID-19 relief bill into law, but President-elect Joe Biden has already released his own spending proposal, a massive $1.9 trillion plan that comes on the heels of an employment report showing that the country’s battered hospitality industry lost 372,000 jobs in December alone.

Biden’s COVID-19 package contains numerous proposals to increase aid for struggling workers and families throughout the economy, but while the proposal, accessed via the Washington Post website, acknowledges how bars and restaurants have suffered “disproportionately,” the administration’s plans to help the industry are vague.

Minimum wage: Biden would eliminate the tip credit and raise the full minimum wage to $15 for everyone, including servers. Federally, the minimum wage has remained at $7.25/hour since 2009; the national tipped minimum wage is just $2.13.

Nothing about this proposal is altogether simple, and the ceviche will meet the fan blades soon enough, but the battle lines are easy to project. From CBS-4 in Indianapolis:

Typically servers make a lower wage and then rely on tips to make more money. The president of the Indiana Restaurant and Lodging Association said this has the potential to completely change the restaurant industry, how restaurants look, the service, and what’s on their menus.

Potentially servers could get the $15 an hour plus whatever tips they make. Or​ restaurants might go the opposite way and decide to ditch​ tips altogether.

“So what you’re gonna see is, you’re gonna see potentially the loss of hospitality jobs, as well as in many cases, servers making less because we may go to a non-tip model as well,” Patrick Tamm, president of the Indiana Restaurant & Lodging Association said.

A random thought from a bartender, as glimpsed on social media:

Fun fact. Prices have increased for years but wages haven’t. If you actually start paying people a living wage they spend more money. They tip more. The money already flows up. Trickle down theory…has failed.

And, from The Counter, “a nonprofit, independent, nonpartisan newsroom investigating the forces shaping how and what America eats.”

Minimum wage will increase menu prices, but we’ve underpaid for years… a Georgetown food studies professor tells Eater, “If [the pandemic] doesn’t convince us that we need to double down and rethink what it is that we prioritize within this food system, I don’t know when we’ll have another opening like this.”

It’s far too early for conclusions, and a jump ball must suffice for the time being. Where do you stand? Let us know: socialmedia@foodanddine.com

For Halloween, a few haunted bars and restaurants in Louisville