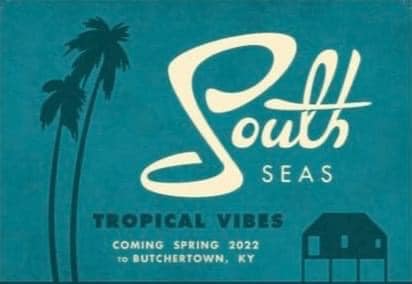 However, property owner and Hog Father Pizza co-owner Andy Blieden wasn’t discouraged, and he had this to say to Louisville Business First’s Michael L. Jones.

“I’m still bullish on Butchertown and this location. This was the location of a successful restaurant before Hog Father and it will be again…there will be another tenant here, maybe even another restaurant,” he said. “I don’t know what it is, but hopefully people will stay tuned.”

Yesterday a post appeared at a Facebook service industry (private) group page. It was stated that “South Seas Restaurant and Tiki Lounge” in Butchertown is hiring. A Google search revealed this: 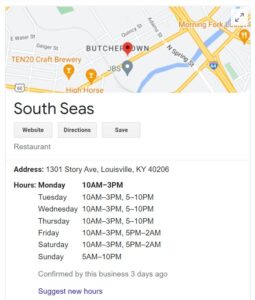 If that old adage is true, and where there’s smoke, there’s fire, we should be finding out soon.