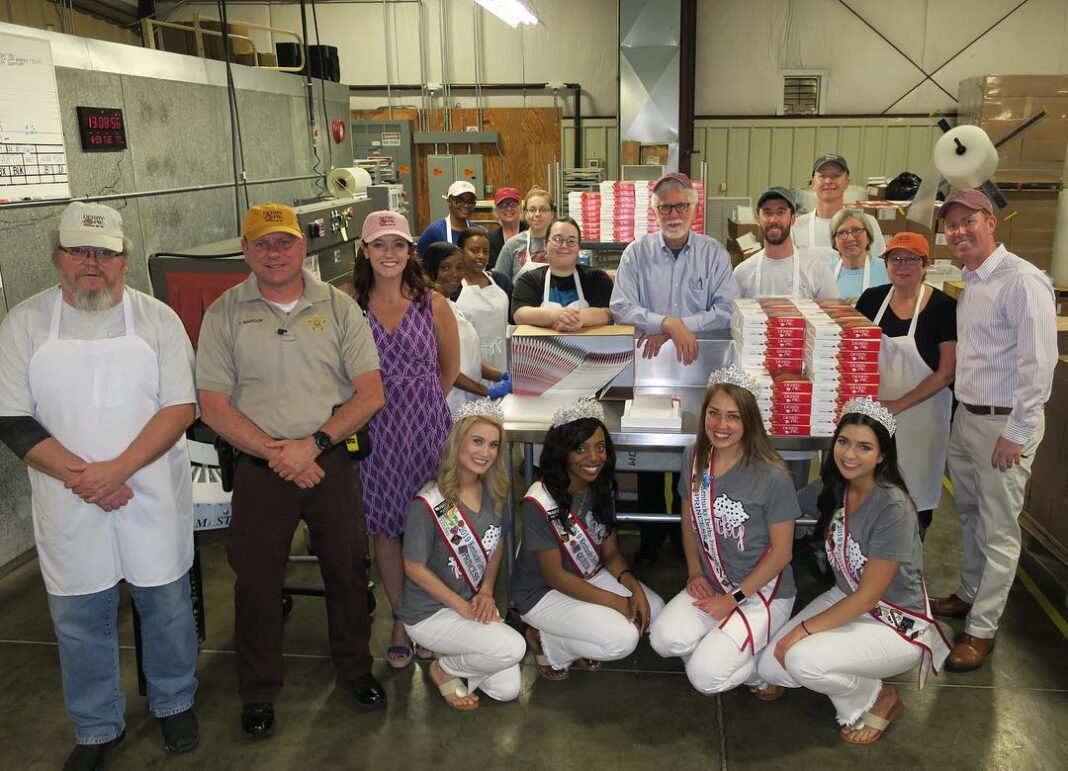 The beer nerds among us understand the implications of a trademark.

“Steam” beer is a style of beer associated with San Francisco, but Anchor Brewing Company owns the trademark, and so the rest of us refer to “California Common” and mean exactly the same thing.

Accordingly, in an effort to answer a question we received in the run-up to this year’s Kentucky Derby, a chocolate nut pie made with pecans (or maybe walnuts) and bourbon (or not) can be referred to in a variety of ways, just not as Derby-Pie™, which is a registered trademark of Kern’s Kitchen (they offer other baked goods, too).

Derby Pie was created in 1950 by the Melrose Inn in Prospect, Kentucky as a specialty pastry. The restaurant’s owners and derby pie creators were Walter and Leaudra Kern, who constantly researched the optimal recipe for their creation. They were assisted by their son George Kern. The name “derby pie” was chosen because the various family members each had a different name for the creation, so to resolve the naming quandary they put the various names in a hat, and pulled out the paper which said “derby pie”. The name “derby pie” is a registered trademark of Kern’s Kitchen, which registered the name in 1968.

Back in 2015, NPR’s Nina Feldman explained why protecting a trademark makes sense.

What’s Inside A ‘Derby Pie’? Maybe A Lawsuit Waiting To Happen

Liz Williams, a New Orleans attorney specializing in food law, says Kern’s was smart: Once you’ve got a trademark, you have to protect it. If your name starts being used as a generic term, you can lose your trademark. Williams gives zipper as an example.

“It became so synonymous with the product that now it is a word,” she says. “So it’s lost its trademarked status.”

Kern’s doesn’t want “Derby-Pie” to become the next zipper, which explains why it defends its trademark so aggressively.

A quick internet search will yield dozens of recipes for a festive pie similar to what we’re winking and nudging about here. Bake it and call it anything you like, but just remember there’s only one Derby-Pie™. The cover photo was found on the Kern’s Kitchen page at Facebook.