Home MAGAZINE ARTICLES COLUMNS Letter from the Editor: Face masks, yes. We have a collective responsibility... 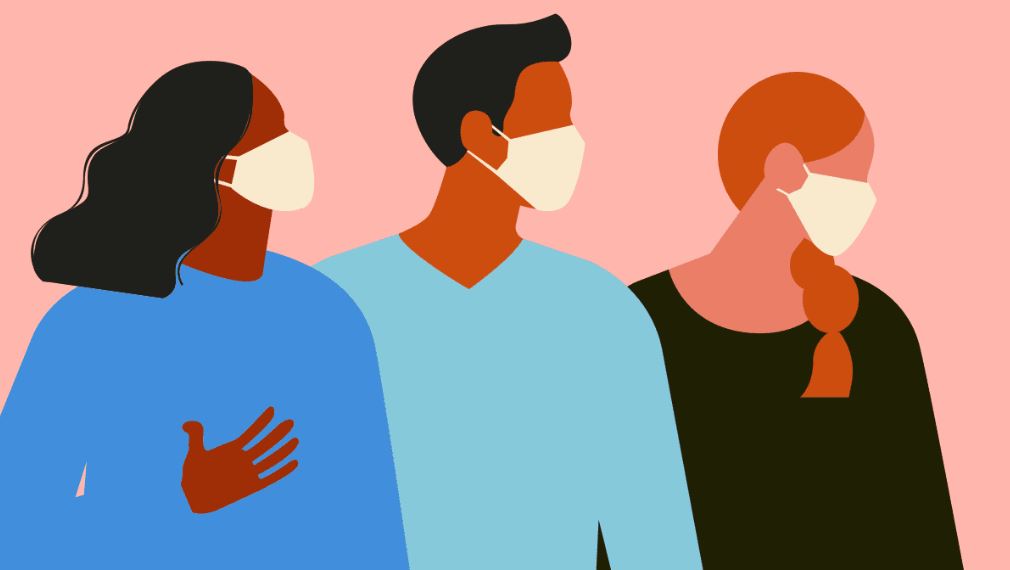 Of all the human emotions, none has garnered less attention from scientists, poets, artists, and songwriters than the one known as Disgust.

Certainly it’s a subject that never arises here at Food & Dining headquarters, where we while away our days sipping and nibbling on only the finest beverages and foods in our beautifully appointed stately pleasure dome.

And yet disgust, though it takes many forms, is fundamentally connected to food and dining. In its simplest, most literally visceral form, disgust manifests itself through symptoms like nausea and retching. We have all felt it when suddenly exposed to the odor of rotting garbage, for instance. And apparently it’s not a “learned” emotion.

Peer-reviewed science – and quite a few rather mean-spirited photo galleries, gifs, and videos on the web – show that if you feed an infant a bit of lemon juice it will not respond with smiles and giggles, but with a grimace, a wrinkled nose, and a gag.

Scientists hold that in some cases there is a biological basis for disgust: it’s part of a risk management system that warns us away from poisons and from foods that may be contaminated. But sometimes it’s a conditioned response to becoming sick immediately after consuming a particular food.

Likewise, in the realm of diet, disgust can be both taught and learned. Some of us have powerfully strong aversions to foods because we grew up in faith-based traditions that define certain foods as unclean. Others discover ethical or health-based reasons for adopting vegan and vegetarian diets.

From a culinary standpoint, what we pretentiously call “a sophisticated palate” is to some extent defined by the judicious overcoming of disgust. And that overcoming of “disgust” is one of the things that has shaped American dining over the last few decades.

For some of us, the gateway food to culinary “sophistication” was overcoming our squeamish fear of raw oysters. For others it was the first time we encountered the salty, fermented wonders of kimchi, or the first time we abandoned our forks and used a spongy hunk of injera bread to share a plate of Ethiopian food. It’s not that long ago that the idea of eating raw fish was revolting to people who now would eagerly crowd a sushi bar – if that were possible today.

In the last couple of decades, a generation of folks who grew up drinking tasteless mega-beers come to crave and celebrate the exotic aromas of myriad brewing traditions. And across a nation that once thought “Monterey Jack” was an exotic cheese, supermarket counters now stock moldy rind cheeses that boast the exotic aromas of fields and barnyards.

Still, risk is with us. And so is disgust. Although food has been my subject above, social scientists have found that the emotion called disgust is also a learned part of tribalism. In the cultural and moral sphere it’s a learned emotion that grows from socially transmitted messaging and strong feedback loops. In that context it can lead to irrational fears and responses. Among these irrational fears and responses are a wide array of hate-based isms that are triggered by things like skin color, religion, gender, dialect, or apparel associated with a culture, a place, or a faith.

These days, it’s an article of clothing – the facemask – that has come to define a fundamental battle that pits an irrational tribalism against established science. A few days ago, a viral video surfaced that captured the essence of this. A customer who had been asked (apparently by another customer) to wear a facemask at a Trader Joe’s in California refused to do so. Then the person started shouting, using an expletive and calling the other shoppers “Democratic pigs.” “Democratic pigs” is an interesting choice of insults because the word “pig” carries such a rich (and largely undeserved) tradition of negative connotations. The flesh of the animal itself, though available at Trader Joe’s, is proscribed from the diets of Jews and Muslims. The word has long been hurled at police officers, male chauvinists, tycoons, and hosts of ethnic minorities. In this video, the palpable physical panic of the shouter, and the conflation of “Democratic” and “pig” while fleeing the scene seems like a pretty clear case of “disgust” in action.

The science on the question of facemasks is not in dispute. And evidence-based science is not tribalism.

Wearing masks is known to be one of the key strategies in reducing the transmission of the novel CoronaVirus. It is, like handwashing and maintaining a safe distance from others, that is essential if we are to have any chance of safely returning to a semblance of normalcy in this country prior to the introduction of an effective vaccine.

It is among the great losses of this time that we cannot accompany our words to one another with a gentle or compassionate or friendly smile. Still, there is a genuine and meaningful difference between an irrational tribalism and rational risk aversion. All of us in the world of food and dining – no matter which side of the table we occupy – have a collective responsibility to hold each other safe. If you’re in the business, do the right thing. If you’re a customer, vote with your feet – or rather with your mask. Take your mask with you to the places that demonstrate their respect for your safety and health. And let the other folks know what they have to do if they want you to visit them.

Photo credit: Consumer Reports (“What to Know Now about Masks and Coronavirus”)