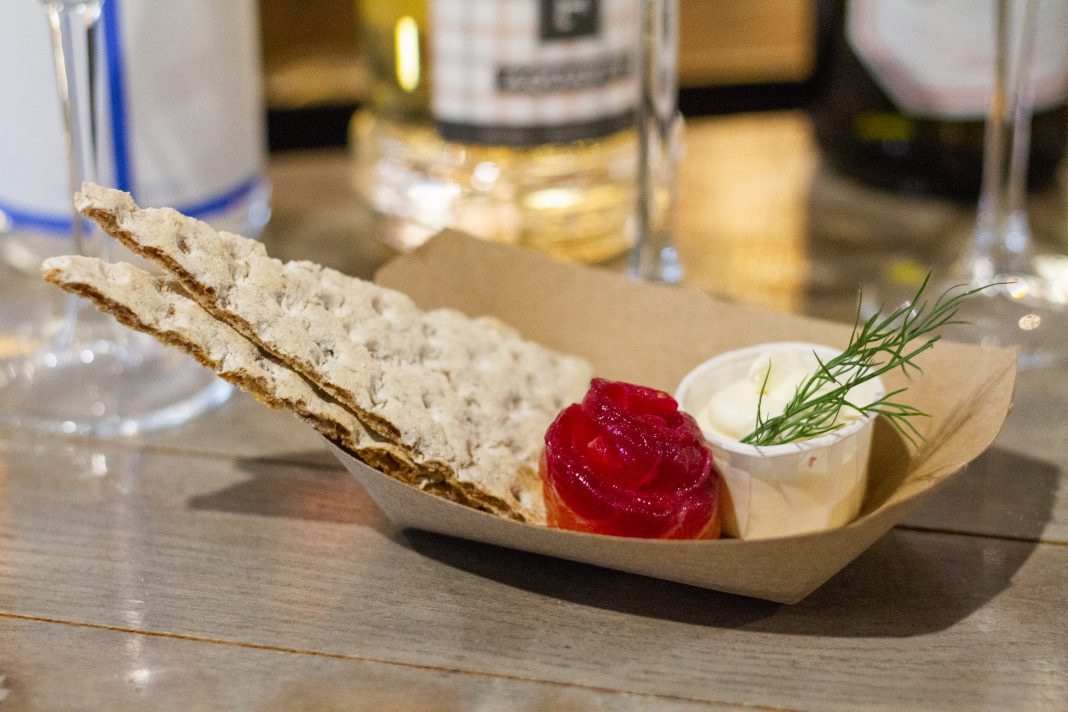 Last year, I spit in a vial and mailed it off to strangers with the hope they would just tell me my ancestry and then forget I exist. While I was surprised by a few results, the DNA test confirmed something I knew: mostly Scandinavian and German roots. While my sister and mother truly look like six foot tall viking queens with platinum or golden blonde hair and my son towers over all of us at over six feet tall, I got the short redheaded end of the stick coming in at five feet and two inches. Despite knowing the roots were there, I realized I don’t know enough about my culinary heritage. When I realized that Grind Burger Kitchen owners Liz Solheim Huot and Jesse Huot opened Oskar’s Slider Bar in celebration of their own Nordic heritage, I decided they were just the people to turn to for a lesson or two in Nordic dishes.

Jesse spent the day showing me how to make gravlax – a raw salmon delicacy that Oskar’s serves with rye crackers and just one of the Scandinavian dishes on the menu (which also features a few American slider options). The process includes butchering a salmon from Argentina, curing, and 36 hours in the walk-in freezer before it is ready to be served. Check out the slideshow below to see the whole prep process.

[ngg src=”galleries” ids=”6″ display=”basic_imagebrowser”]Pasty Chef Kenna Pennington has been making Nordic foods since she was a child. She taught me how she makes Rosettes with a special iron (kind of like a lighter,  crisper and much smaller funnel cake). Oskar’s already takes orders for baked Scandinavian goodies, but a walk-in bakery will soon be opening a few doors down. She also taught me how to make lefse – a Norwegian flatbread made from potatoes and flour (often called a “roll up” and served with butter or cinnamon and sugar). The lefse stick was especially fun to use, although it looks like something a mother might keep hanging on the wall within easy reach when it needs to double for spankings. See the lefse stick, the special rolling pin, the lefse griddle and the process in the slideshow below.

[ngg src=”galleries” ids=”12″ display=”basic_imagebrowser”]After learning from these two, it was time for a drink – or five. Bartender and Resident Viking Patrick Flanary explained the distilled spirit Aquavit to me with a sampling of Aquavits from various parts of the world.  Aquavit is a clear spirit distilled from potatoes, and Oskar’s has a variety of brands and even cocktails like bloody marys or old fashioneds using this spirit in place of traditional spirits. Flanary also chooses the playlist for their monthly Swedish metal night, which may be one of our city’s most unique offerings. 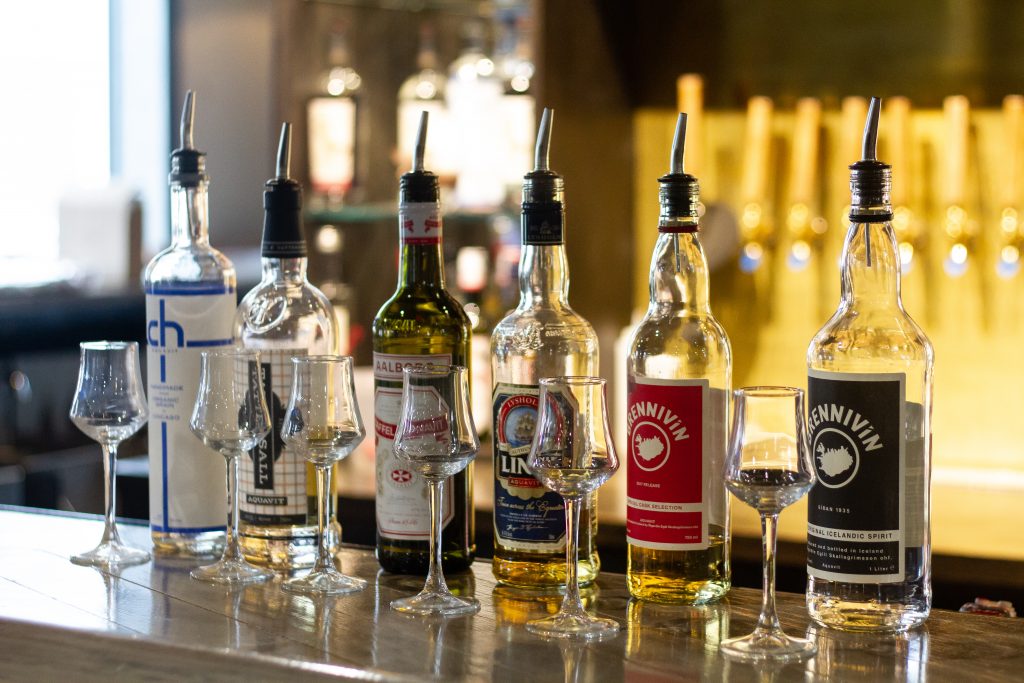