Home LATEST NEWS Tipping in restaurants: Should it stay or should it go? What do... 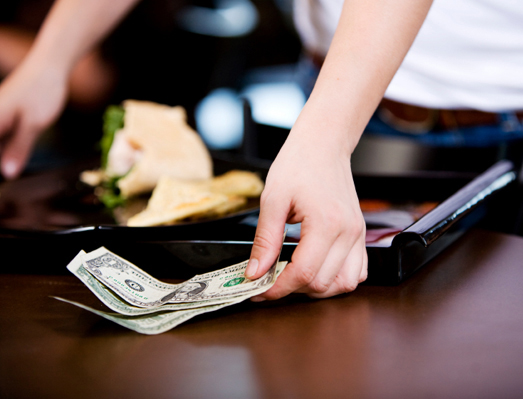 Tipping in restaurants has been around longer than the Waldorf salad on most bad buffets. It’s a standard to which we’re all accustomed, but it’s one under scrutiny of late now that operators are asking whether this type of compensation is fair in their restaurants.

Others say cooks work harder than servers, but they’re paid far less, so they should get a cut of that higher compensation.

Uncle Sam says fraudulent reporting of tips has been a problem for a century, but as credit card transactions have increased, it’s been more difficult to hide cash gratuity.

Operators say many things, but agree on at least one: Raising compensation for anyone in house is darn near impossible given the narrow margins these days. Some say the solution is abolish tipping in restaurants, raise menu prices 15-20 percent and then redistribute those funds in a more balanced fashion to all employees.

What’s your take on this issue? We want to know.

Follow this link to Insider Louisville where one of our contributors wrote a more extensive opinion on whether to end or continue tipping.