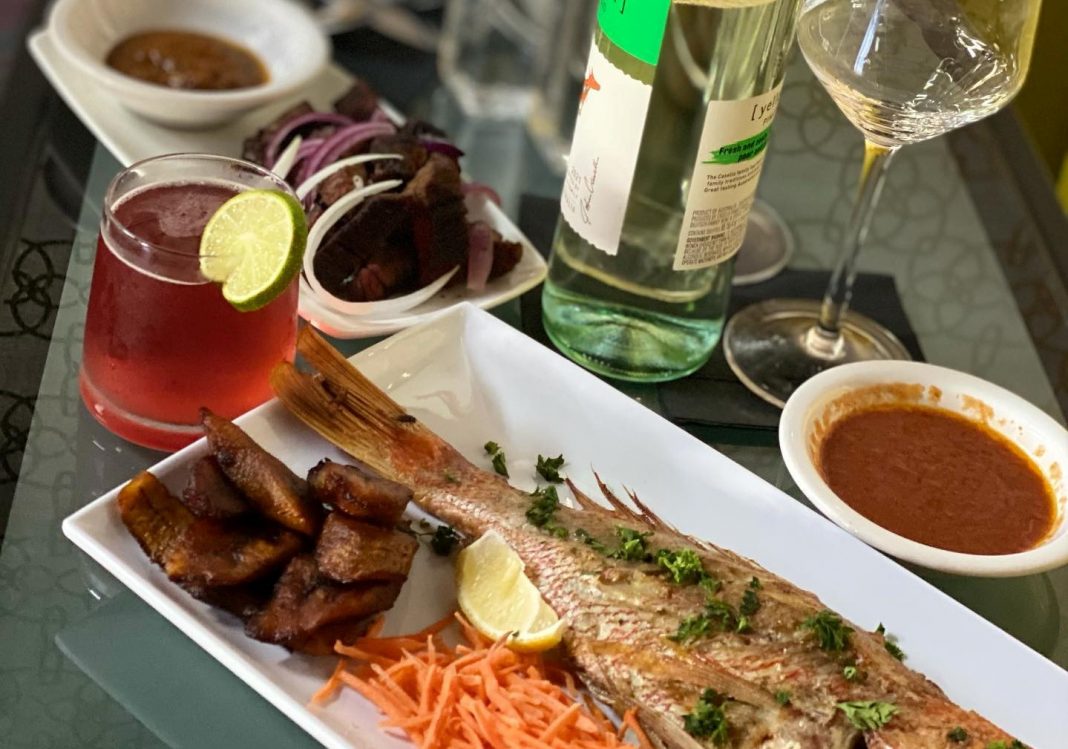 As you’ll glean from the city of Louisville’s video, the owners of Afrokanza Lounge are from Cameroon in Central Africa.

Republic of Cameroon (French: République du Cameroun), is a country in west-central Africa. It is bordered by Nigeria to the west and north; Chad to the northeast; the Central African Republic to the east; and Equatorial Guinea, Gabon and the Republic of the Congo to the south. Its coastline lies on the Bight of Biafra, part of the Gulf of Guinea and the Atlantic Ocean. The country is sometimes identified as West African and other times as Central African, due to its strategic position at the crossroads between West and Central Africa. Its nearly 25 million people speak 250 native languages.

Afrokanza opened last Friday at 1578 Bardstown Road. It is described as an “Afro-Caribbean” restaurant and lounge, dance club and nightclub. A menu has yet to be revealed, although our cover photo today was the subject of a Facebook post: “Stop by & try our Grilled Red Snapper, Grilled Brisket [Suya] and our White rice w/ peanut sauce!”