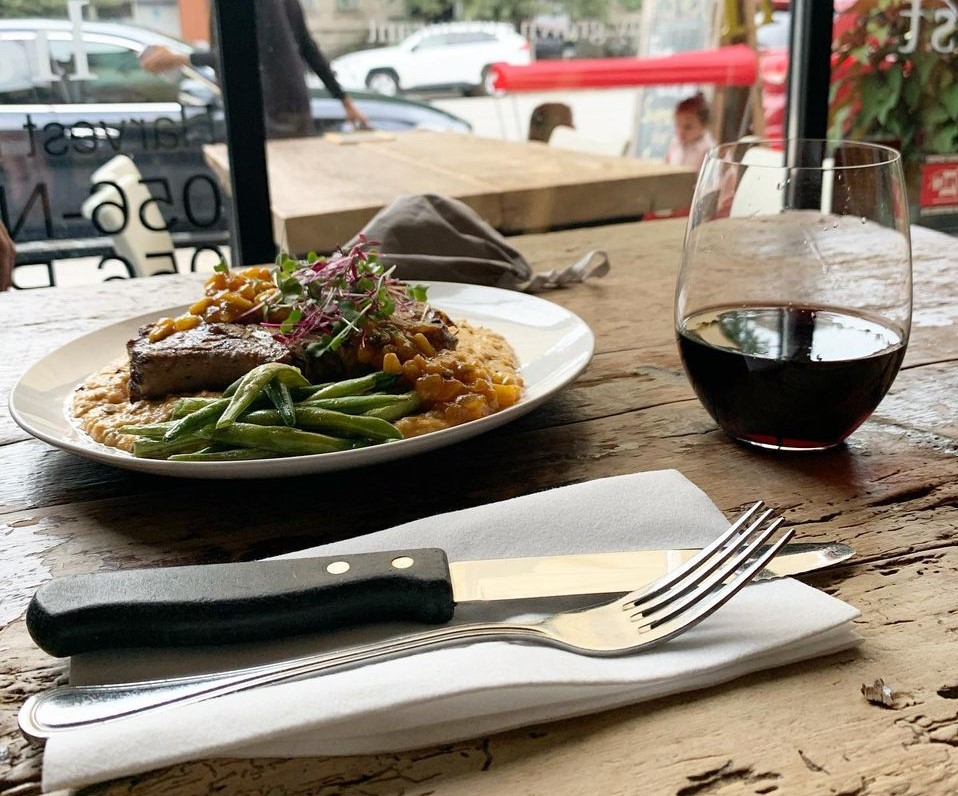 Harvest Restaurant’s last service will be Sunday, September 13. Since Harvest’s launch in early 2011, it has made good on its mission of maximizing locally-sourced food, becoming a NuLu staple in the process.

Friends, It is with a heavy heart that we, the owners of Harvest, share some sad news. After nearly 10 years of…

The statement at Facebook, written by Harvest’s owners Peter and Patrick Kuhl and Jim McArthur, is comprehensive and revealing (editor’s emphasis in bold below).

There’s nothing much to add, and so we bid farewell to a standard bearer.

“It is with a heavy heart that we, the owners of Harvest, share some sad news. After nearly 10 years of sourcing amazing ingredients from our region’s many farmers and turning them into some of Louisville’s best meals, Harvest Restaurant will host its last service this Sunday, September 13.

“We began this ‘farm-to-table’ restaurant at a tipping point when consumers knew what that term meant, and respected chefs and restaurateurs who took it seriously. That what was once a fairly radical idea in Louisville’s restaurant scene has become increasingly normal amazes us. We’re proud to have played a role in that movement because it served to elevate farms and the farmers who run them tirelessly, and for the chefs who dedicated themselves to the work of sourcing from so many suppliers when calling one or two food service distributors would have been so much easier.

“Our final tally of local suppliers we’ve sourced from is nearly 100. If you think that isn’t a lot, ask some of our amazing culinary team members about the endless challenge of shopping with so many people. In case you’ve forgotten their names—though we’re pretty certain you’ll never forget their food—Coby Ming, Andrew McCabe, Patty Knight, Patrick Roney, Ryan Smith, Caleb Evans, Ben Comfort, Jeff Daily and most recently Danial Ortiz and Erik Kalsch deserve a ton of credit for helping us define what Harvest was at the outset, and how it evolved over the past decade.

“Of course, the kitchen staff represents only half the team, and we could not have created the one-of-a-kind vibe experienced in our dining room without our front-of-the-house staff. Among them Cassandra Hobbic, Stacie Stewart, Aaron Dawkins, Mary Stuart Barrett and, especially, Tim Quinlan.

“Restaurants don’t run without customers—supporters, really—and we’re so grateful to the many who spent their money with us in order to further and enjoy our cause. The many friends you became and memories you helped us make over the years will not be forgotten.

“The restaurant business is, in a word, a brutal trade. Funding is but one part of starting one, but the investment of time and emotion into such an enterprise is something few understand. Profits made in the restaurant business are modest, even under the best of circumstances. And when you commit, as we have, to buying the best ingredients possible, as locally as possible, costs rise even higher and margins narrow in step. A pandemic as we’re enduring now has made operating profitably largely impossible. Hardly an American anywhere needs any further explanation of how this has affected us and our employees. It has been an emotionally challenging year, and to have to write this letter announcing our closure only worsens it for us.

“So, with that, we’ll end here by saying we can’t thank you enough for your support of Harvest, our people, our farmer-suppliers, and our cause to make the food and drink you eat the best possible meals you’ll ever have.”