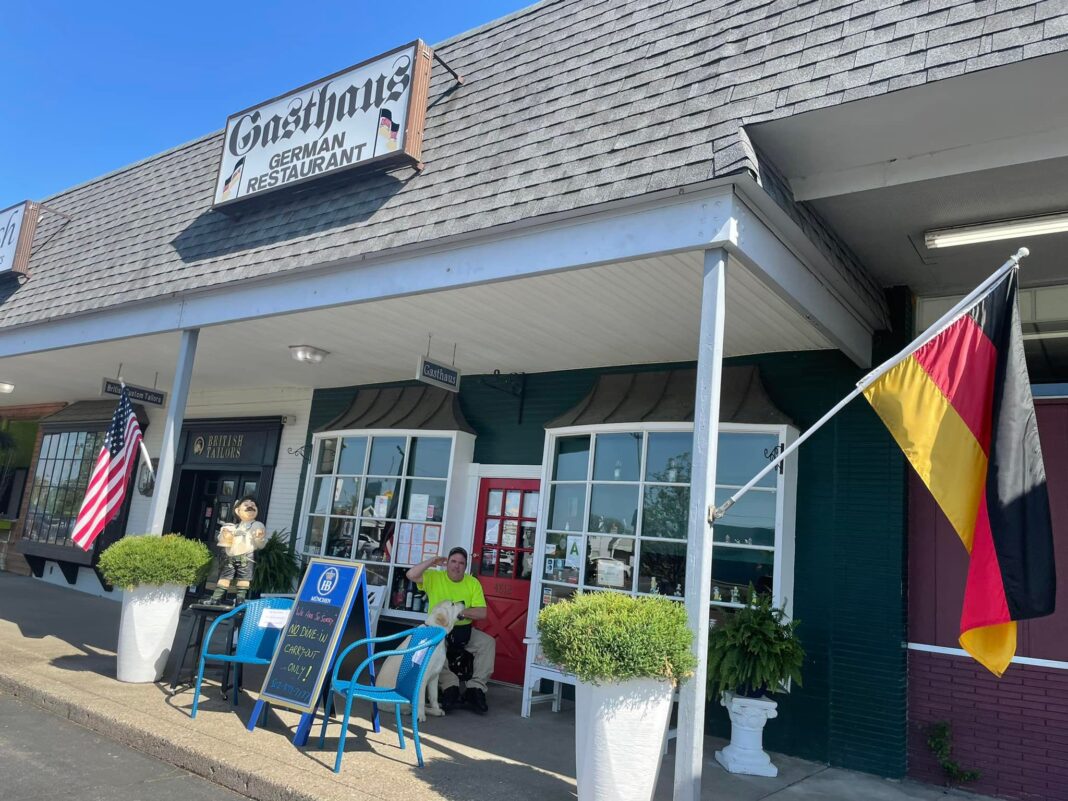 Alas, now it appears Year 29 will be the last for this undisputed Louisville institution.

Dear Guests and Friends of the Gasthaus

We very much regret that after 29 years we have decided to close the restaurant. It’s been an honor to bring our little bit of Germany to Louisville, by serving our home cooked meals to you and your families.

We have enjoyed the many memories over the years and would like to thank our guests and our hardworking staff for this blessing.

Annemarie and Michael Greipel are taking an “early” retirement, but hope that someone with the enthusiasm and love for the German culture will step in and take over the Gasthaus.

Speaking personally, I’ve visited Germany something like 22 times since 1985, and eaten a fair number of meals within the country’s present-day boundaries. As I’ve been telling listeners since the late 1990s, Gasthaus has always been as good as eateries in the Old Country, and often even better.

Quite simply, the Greipels have been the gold standard for almost three decades. I won’t pretend to be objective, because this one hurts; conversely, what an amazing run! If you feel the way I do, and believe that what matters most in our food and drink community emanates from small, independent, family operators, then stand up and cheer for Gasthaus.

Courier-Journal subscribers will enjoy Dahlia Ghabour’s deeper dive into the family’s difficult decision to shutter Gasthaus. It is recommended reading.

‘It was an honor to serve you’: After 29 years, Gasthaus German Restaurant shuts its doors

After 29 years in operation, Gasthaus, one of the only full-service German restaurants in Louisville, closed at 4812 Brownsboro Center at the end of April.

Annemarie (Greipel), 80, said after months of a severe staff shortage, the team could not continue as is, and she decided it was time to retire. The restaurant has remained busy through the pandemic, and the closure is not due to a lack of business, she said.

“You put everything together, and sooner or later, you’re going to have to draw a line,” Annemarie said. “We’re hoping someone will come and take it over.”