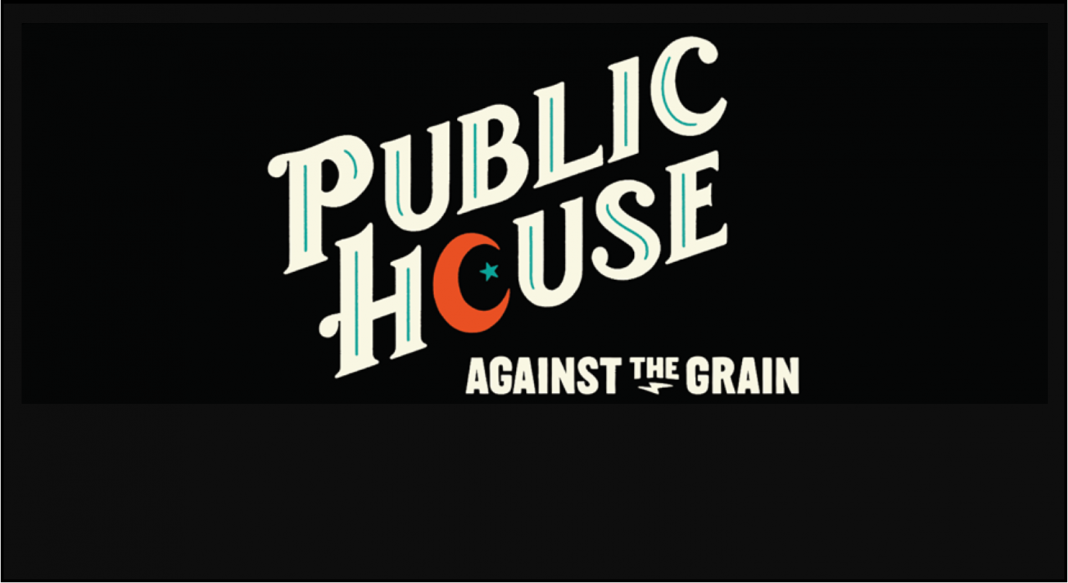 In less time than it takes the typical souffle to rise, freshman Governor Andy Beshear has become a Kentucky social media folk hero. Beshear’s stolid good humor during his daily COVID-19 press briefings makes it seem as if he has been in office far longer than 106 days.

Beshear’s performance is deceptively simple. It’s not so much seizing the moment as keeping one’s head when so many around you are losing theirs.

In comparative terms Against the Grain Brewery is an old-timer at craft beer, and firmly entrenched in Louisville since 2011. AtG is as playful and exuberant as Beshear is calm and business-like, and so it comes as little surprise that today at AtG’s Public House the brewery will inaugurate #BeersWithBeshear, a carryout happy hour (4:00 p.m. to 5:00 p.m.), with dollar-off 4-packs and bottles.

AtG has elected to close its main Smokehouse location at Louisville Slugger Field during the current “off-premise only” coronavirus period, shifting the curbside action to the brewery’s recently established Public House at 1576 Bardstown Road.

It’s a familiar address, the corridor’s brewhouse torch having been passed last fall from the venerable Cumberland Brews to AtG.

As a closing aside, an older generation of Louisvillians might recall this snow day/week cultural crisis anthem from the Carter Administration. For a refresher course, Doug Proffitt explains at WHAS11.

The COVID-19 pandemic doesn’t yet have its own theme song. Should it?

More pointedly, could it?

Chuck Mangione’s inadvertent ear worm in 1978 came about because way back then most Louisvillians found their news in a relative handful of places. One television channel’s eclectic musical choice was enough to go viral in Kentuckiana. Fast forward 42 years, and we all have our own play lists and sets of ear buds.

The question: Are we actually listening?