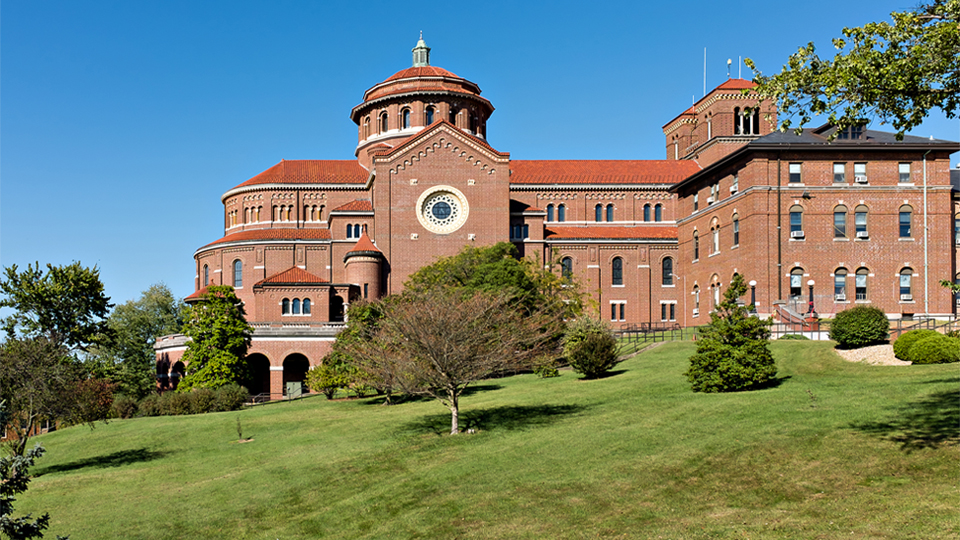 Founded in 1867, the Monastery of the Immaculate Conception — nicknamed The Dome — is located in Ferdinand, Indiana, an hour’s drive west of Louisville via I-64 (67 miles). It’s “one of the largest communities of Benedictine women in the United States,” six miles north of the St. Meinrad Archabbey. Construction of the monastery dates to the 1880s, but the essential feature of a craft brewery on the grounds didn’t come to fruition until 2015.

The beer world changes quickly, and yet St. Benedict’s Brew Works might yet be the only brewery in America located inside a women’s religious community, leasing unused space from the monastery and embracing the motto “Pray, work, brew.” The brewery’s founder Vince Luecke once thought about becoming a priest, and instead wound up a journalist and brewer. Career paths like his wouldn’t surprise a soul locally given the predominant German heritage in this part of Indiana.

It surely happened all the time in the the Old Country.

St. Benedict’s Brew Works is situated on the east side of the monastic complex, surrounded by fields and trees, and as such is perfectly calibrated to celebrate the 4th of July with a small gathering called Deo Gratias Beer Fest, all of it taking place outdoors, and safely within the COVID capacities established by state government, with plenty of room to be socially distanced.

Enjoy the scenic drive, and buy tickets in advance if you’re planning on attending Saturday’s nano-festival. Conversely, it’s a pleasant day trip any time, and the beers at St. Benedict’s come with a view like no other in Indiana.