Home FOOD Edibles & Potables: Cuban in Tampa, BBQ in KC, and not a... 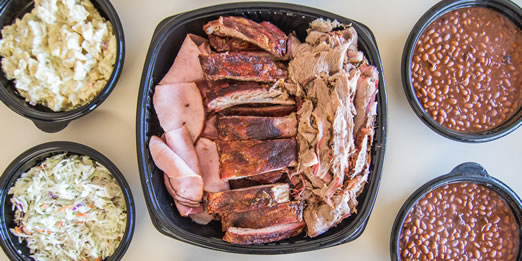 It’s the first-ever Super Bowl Sunday to occur during a pandemic. In my household, the championship gala tends to be the only football game we watch all season, and 2021 is no exception. Our choice of food and beverages varies, and we have no set tradition. This year, I’ll be cooking Cincinnati chili with spaghetti.

Oh yeah? Get over it. Noodles rock.

Edibles & Potables expresses curiosity: When it comes to food and beer, what are the cities of Tampa, Florida and Kansas City, Missouri best known for?

In 2012 Tampa’s city council declared the Cuban sandwich to be the city’s “signature sandwich,” and a cursory internet search reveals that Cuban cuisine is considered to most accurately reflect Tampa’s diverse heritage, followed closely by fresh seafood.

In the late 19th century, Cuban and Spanish immigrants came to Ybor City (since annexed by Tampa) to roll cigars, hence the long-term presence of the Cuban sandwich, as well as ropa vieja, chicken and yellow rice, paella, black beans with onions, and flan with cafe con leche.

Conversely the brewing history of Kansas City requires a whole book: Kansas City Beer: A History of Brewing in the Heartland, by Pete Dulin.

Muehlebach Brewing Company commanded the market, operating in Kansas City for more than eighty years. Built in 1902, the iconic brick warehouse of Imperial Brewing still stands today. Prohibition made times tough for brewers and citizens in the Paris of the Plains, but political “Boss” Tom Pendergast kept the taps running. In 1989, Boulevard Brewing kicked off the local craft beer renaissance, and a bevy of breweries soon formed a flourishing community.

In the modern era, Boulevard Brewing Company has been at work since 1989, qualifying it for Methuselah status in craft beer circles. Unfortunately the company currently is being rocked by a workplace sexism scandal. My backup choice is KC Bier Co., specializing in German styles, but sadly unavailable hereabouts.

Given that Kansas City has spawned a namesake society to perpetuate and adjudicate barbecue, can there be any doubt that smoked meat is the city’s culinary legacy? After all, KC rose to prominence for railroads, stockyards and meatpacking.

What’s more, “barbecue was pivotal for early black-owned businesses and black entrepreneurship,” according to Vicky Diaz-Camacho, writing at the Kansas City Business Journal. “Locally, it has grown into a staple of the city’s African-American culture, much like Kansas City jazz and blues and the Negro Leagues.”

Cuban food is wonderful, and I’m an unapologetic lover of cigars, but my choice of featured image today tells you where my own rooting interest lies for this evening’s game (photo credit to Arthur Bryant’s Barbecue in Kansas City, famous for their burnt ends). One of Boulevard’s Tank 7 Saisons would go quite well with the Q, assuming the brewery survives its difficulties.