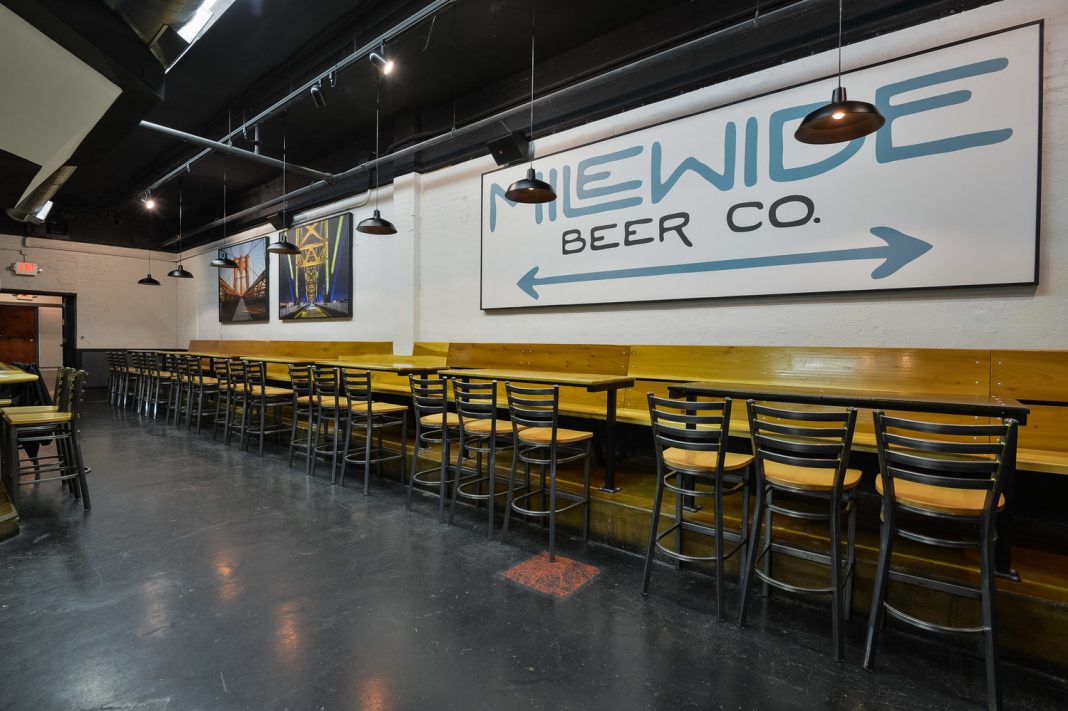 Craft Beer Nation continues to grow, with too many new breweries to count, but recently the maturing industry’s challenges are getting as much coverage as its previously triumphant march forward. Mergers and acquisitions, shrinking shelf space, beer label sexism, workplace safety and equitable pay scales increasingly dominate conversations once confined to mash temperatures, hopping rates and preferred yeast varieties.

Whatever happened to “we drink what we brew and sell what’s left”?

All of which makes it a joy to read Scott Shreffler’s take on Mile Wide Beer Co.’s 3rd Annual Hops on the Hill Festival, coming to the brewery and taproom at 636 Barret Avenue on Saturday August 3 from 6:00 p.m. to midnight.

Shreffler, a Mile Wide co-owner and craft beer veteran, closes a news release by rekindling the not-so-old-time spirit of camaraderie with reference to the festival’s St. Louis brewery attendees.

My business partner Kyle Tavares & I both worked at Schlafly Beer for a number of years, and in that time we got to know the good folks at both Rockwell & Narrow Gauge. So, Hops on the Hill is really just an excuse for us to party with some great friends. We’re super excited to welcome all of them to Mile Wide for this year’s festival.

Making the party possible is Hazy Midwest Clouds, a collaboration beer from the four breweries. It is described as a “Double Dry-Hopped Northeast-Style IPA with Mango & Pink Guava,” available at the festival on draft and for carry-out in four-packs of 16-oz cans. On Saturday for the duration of Hops on the Hill, Mile Wild will donate a dollar from every draft pour of Hazy Midwest Clouds to the Kentucky Humane Society.

There’ll also be lots of other craft beers, entertainment from DJ Clay Baker and Louisville Silent Disco, and food from Mac’s at Mile Wide, the brewery’s new dining partner.