Home CHEFS Guy Fieri comes to Louisville with his Smokehouse 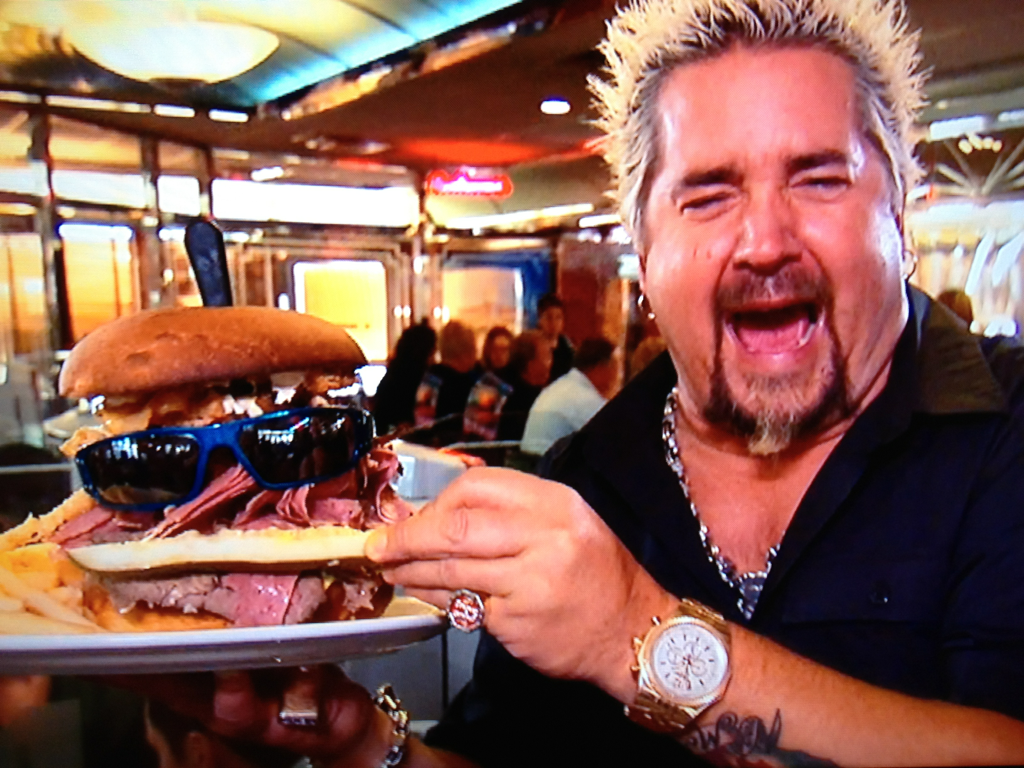 Guy Fieri, controversial Food TV personality, announced Tuesday morning that he will open a Guy Fieri’s Smokehouse at Fourth Street Live. The downtown venue will add another property to the TV showman’s portfolio, which includes 25 Guy’s Burger Joints on board Carnival cruise ships and several other properties around the country, focused mostly in areas with lots of tourists.

Fieri has been coming to Derby for ten years or so, and has been involved with several Derby week fund-raising events for Kosair Charities, which has made him familiar with Louisville. But it was Cordish Co., developers of Fourth Street Live, who contacted Fieri about developing a restaurant here.

At the press conference announcing the restaurant plans, Cordish emphasized that they wanted the Fieri deal to mark the start of a new phase for Fourth Street Live, to refocus the project on dining, rather than on bars. Cordish said they will have another restaurant announcement soon, likely with a more locally-oriented focus.

Fieri, too, talked about incorporating local food concepts into his restaurant, such as offering a sorghum-glazed steak. His Smokehouse concept will have a massive outdoor smoker – if he can meet the requirements of the fire codes and health department – where he will try some different smoked dishes, such as smoked lamb. The Smokehouse will be in the space at Fourth Street Live that used to be Sully’s, is expected to seat about 250 diners, will have a moderately-priced menu to tempt repeat customers, rather than just be a special occasion place, and is shooting for a September opening.

Cordish suggested at the press conference that they see the Fourth Street Live restaurant to be a flagship deal with Fieri, with the hopes of working with him to develop other restaurant concepts at other Cordish properties around the country. F&D