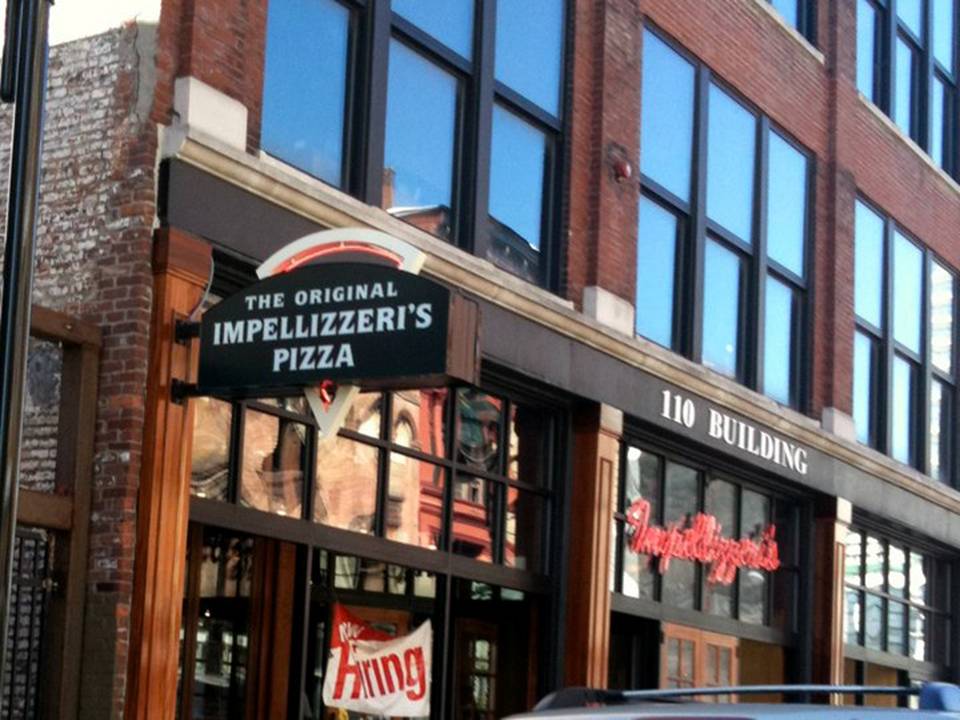 One of the Louisville area’s iconic local pizza chains, Impellizeri’s will open a new location in Middletown, in the space that recently was vacated by the California chain Mellow Mushroom.

Samuel Ault, who also owns the Holiday Manor Impellizzeri, will operate the Middletown location too.

Insider Louisville reports that the new Impellizzeri outlet will be located at 805 Blankenbaker Pkwy. Ault is a Middletown resident, who said “I am thrilled for the opportunity to bring Impellizzeri’s back to the area,” according to a news release.

An opening date has not been set, but as soon as we at F&D know, we will give you a heads up.

Renovations will soon be under way to convert the space to give it a look and feel that matches the Impellizzeri’s Pizza brand, but a fall opening is the goal.

The Mellow Mushroom closed in February without any explanation after nearly five years in business, according to a story in The Courier-Journal. There are still two Mellow Mushroom restaurants, in the Highlands and in St. Matthews.

The new Impellizzeri’s Pizza in Middletown will bring the total under that business umbrella in the area to four, in Holiday Manor, downtown and in the Highlands. Those two are owned and managed by different people.

The Impellizzeri website has announced that another owner is set to open an Impellizzeri’s Pizza in Elizabethtown in October. Impellizzeri has been a local tradition since the first store opened in the Highlands in 1979.