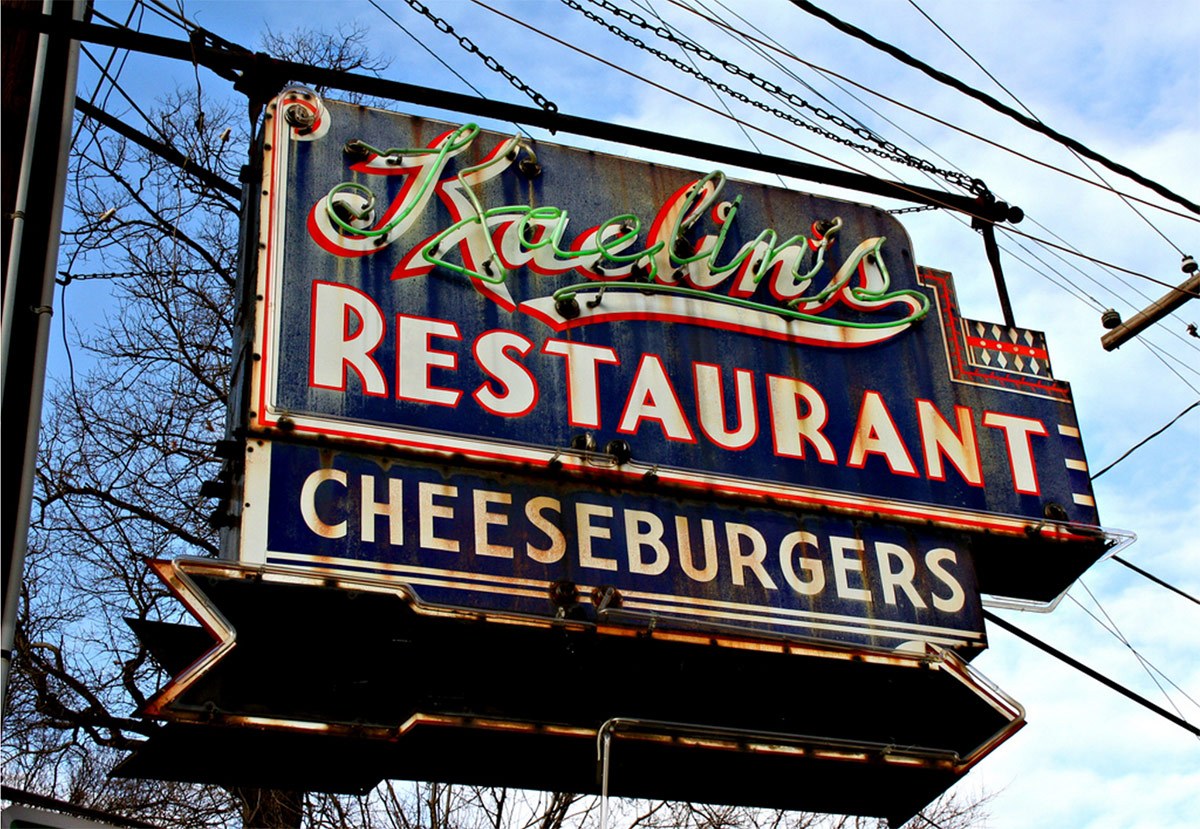 The property at 1801 Newburg Rd, has been called, in standard Louisville fashion, “the old Kaelin’s” for a number of years now, even, very likely, when it was Mulligan’s Pub and Grill for a few years after the iconic family restaurant closed in 2009 (the Kaelin family had sold the business and the name in 2004). Now there are reports that the buildings there are the corner of Speed and Newburg are being renovated and a restaurant will return to that site.

According to an article in Louisville Business First,  building permits have been issued to begin rehabbing and shoring up the structure of the restaurant building, and the real estate firm the Flynn Group confirmed that the work is being done to resuscitate the site as a restaurant.

The operator of the new restaurant on the rehabbed site has not yet been announced, but whatever it turns out to be, it is likely to have trouble in shaking the identity that has been entrenched in the Louisville mindset since the 1930s, and known locally as the birthplace of the cheeseburger. Or, at least the birthplace of the term “cheeseburger,” as discussed in this Courier-Journal story.