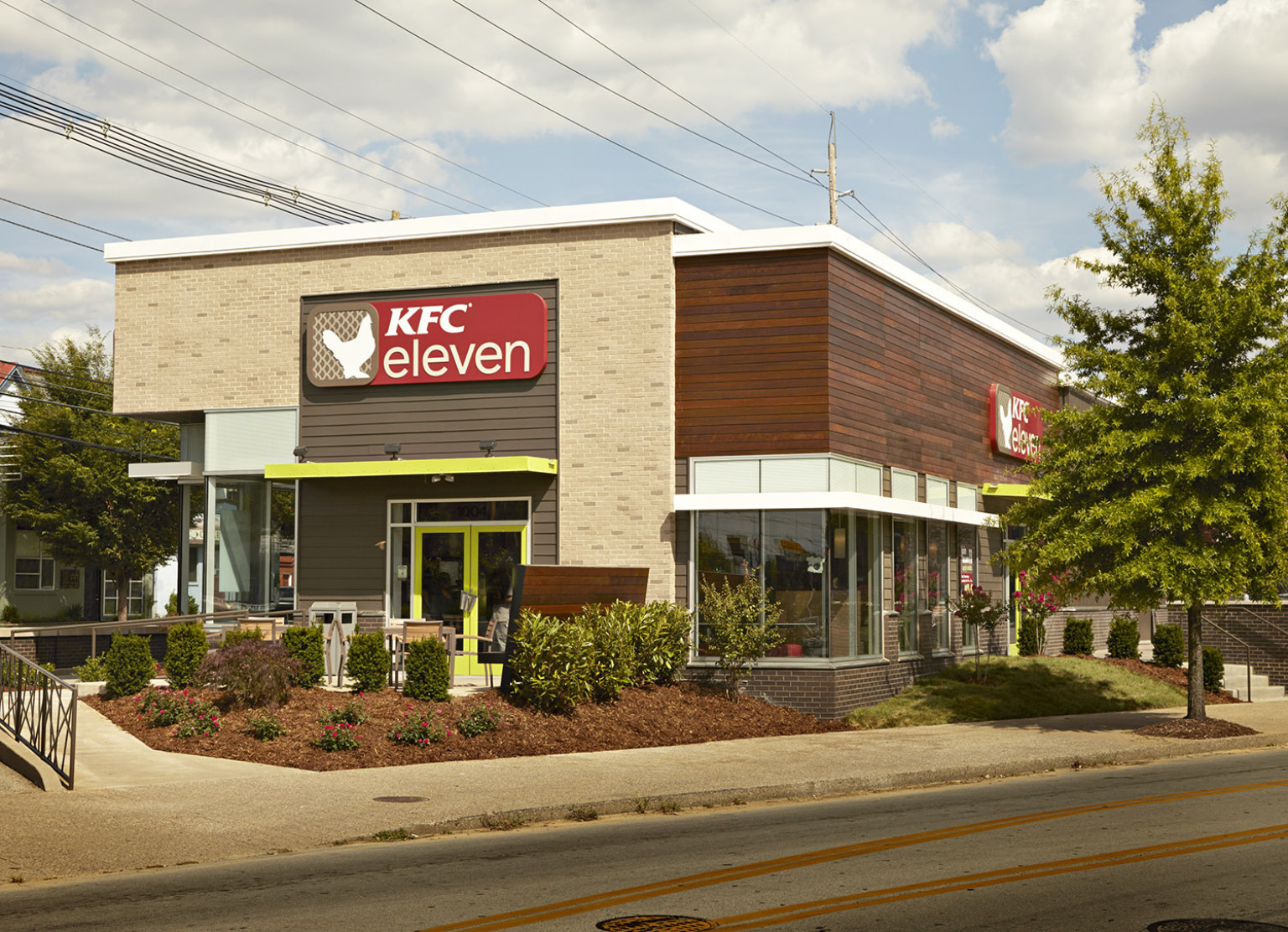 A most singular item in the mix of Louisville restaurants is no more. The only KFC Eleven store in the world, at 1004 Bardstown Rd. in the Highlands, has closed suddenly without notice.

It seemed like more than the reported two years that it has been in operation there in the triangle where Baxter Ave. and Bardstown Rd. divide. The uniquely-styled building held KFC Corp.’s only “fast casual” concept store that, when opened, was heralded as a vision of things to come. The menu included such unfamiliar-to-KFC-fans fare as  flatbreads, salads and rice bowls with flavors including Sweet Orange Ginger.

The restaurant, which opened in August 2013, abruptly closed Friday. The building reportedly will be put up for sale. Employees are being offered the chance to transfer to other stores.

According to KFC brass, the store was a real-life way to test out changes in food, menu design and preparation techniques. What was to be learned there was to be applied in other aspects of the KFC universe, and that is still the official line from the company–that insights gained from KFC Eleven (a name that always remained something of a mystery to the casual observer) will be applied to KFCs around the country.

The fact that the store was the only one ever makes its closing noteworthy.