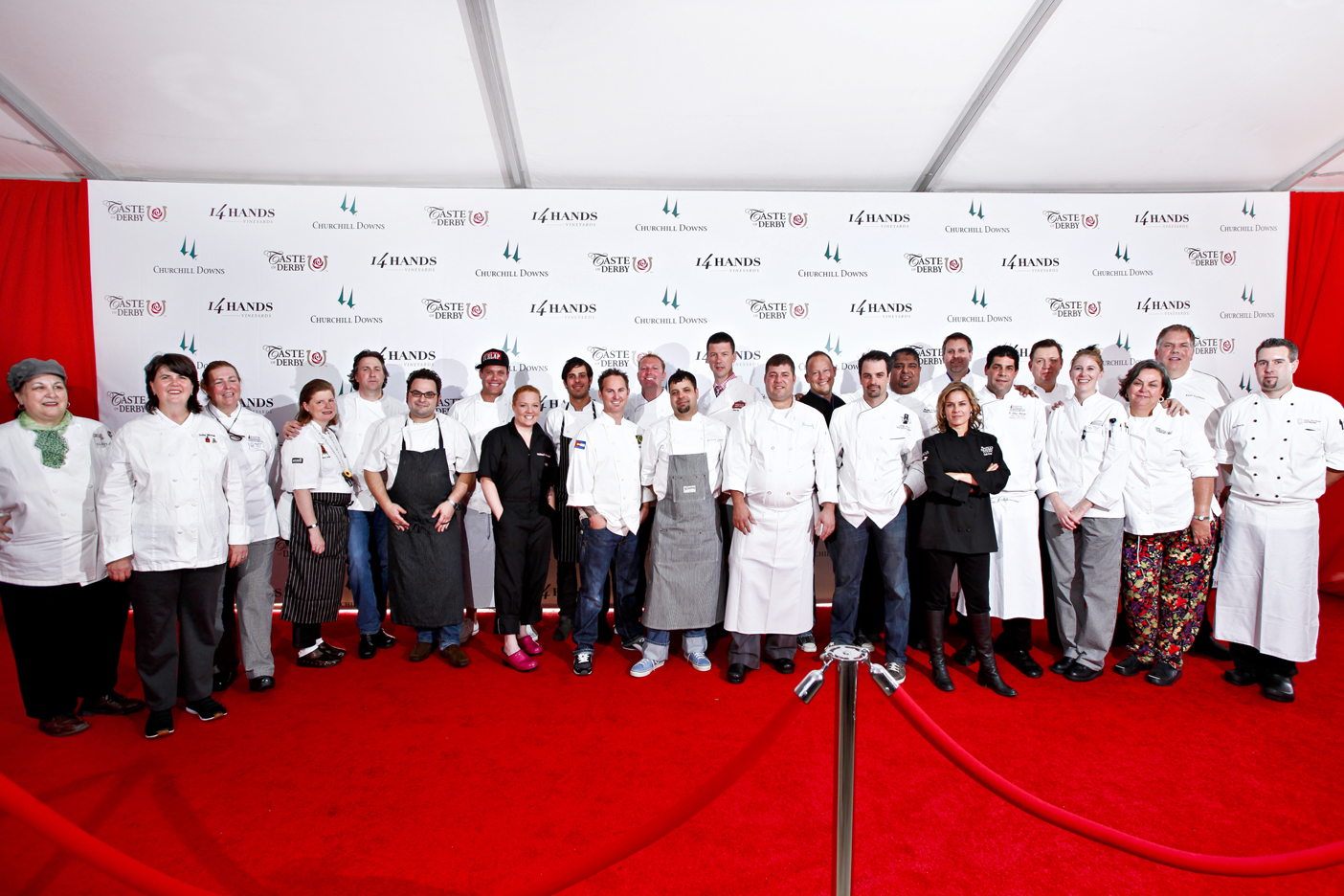 For six years now a second Derby event called Taste of Derby has been added to the panorama of festivities. The first Taste of Derby, for two decades now sponsored by and benefitting Dare to Care, and highlighting local chefs and food producers, was April 22 at Slugger Field. On Thursday, April 30, at the North Wing Lobby of the Kentucky Exposition Center, the newcomer Taste of Derby, sponsored by Stella Artois beer will highlighting chefs from restaurants all over the country, most of which are in cities that also have race tracks.

This Taste of Derby will “showcase cuisine from popular horse racing destinations across the country.” Local chefs Annie Pettry of Decca, Anthony Lama of Seviche, and David Danielson of Levy Restaurants at Churchill Downs will participate,  along with a plethora of chefs from Hot Springs, Ark., Houston, New Orleans, Santa Fe and so on.

The $315 ticket will get you unlimited eats and drinks and plenty of celebrities from the racing world and other worlds to schmooze with. Entertainment will be provided by City Heat. Doors open at 7 p.m. until 11:30.

Proceeds from the event will be donated to hunger relief organizations, including Dare to Care. For ticket info, click here.