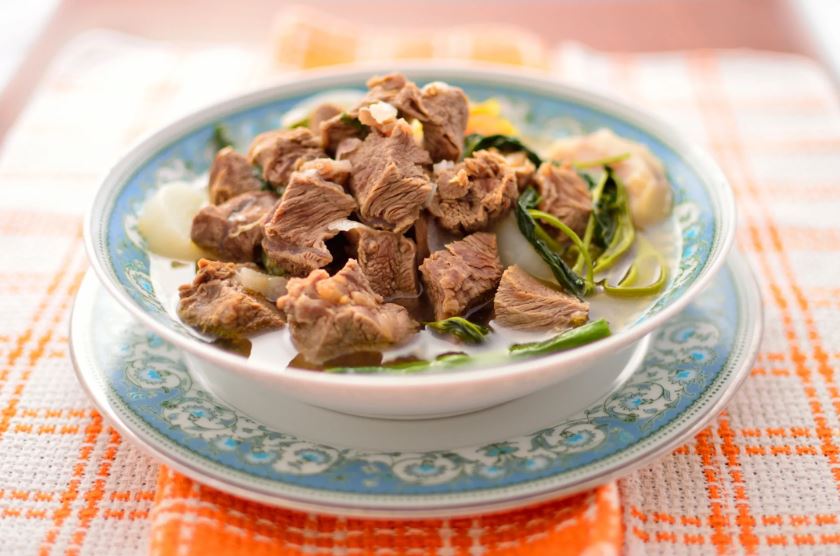 Last month the Courier Journal’s Savannah Eadens previewed Lola’s Kitchen, mentioning Louisville’s most recent Filipino eatery, Sari Sari (open through 2014). Old-timers also will recall Edna’s Good Stuff, which ran a decade or more before that. Indeed, it’s been a few years between tastes of a cuisine that embodies the native diversity of the Philippine archipelago, combined with Indian, Chinese, Spanish and American influences.

“I didn’t know any other Filipinos here in Louisville other than my brother,” (owner Nick) Hans said. “When we announced this opening, they came out of the woodwork and I asked, ‘Where have you been for the last 20 years? And why is there no Filipino restaurant?’”

Lola’s Kitchen has taken over the previous space of Zen Garden, a closed vegetarian Chinese restaurant owned by the same woman who now owns Heart and Soy on Bardstown Road. Lola’s manager Kyle Duncan said the Frankfort Avenue location is perfect because it’s a restaurant hot spot for loyal locals.

Lola’s Kitchen debuted last week and was so busy Saturday that the restaurant ran out of food. The address is 2240 Frankfort Avenue; Lola’s is open Tuesday – Sunday, with more information at Facebook.

Further reading: Filipino food: a cuisine of many influences, at The Splendid Table.