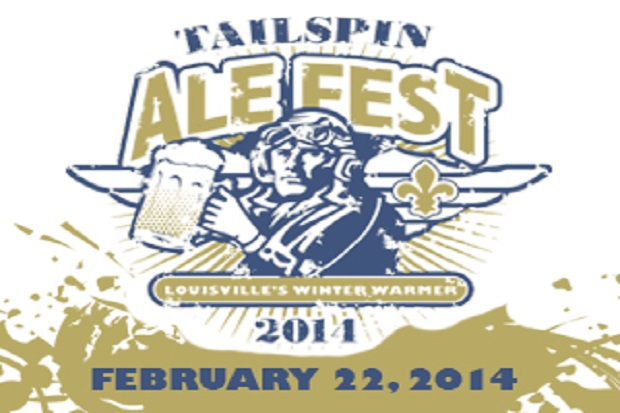 File this under “Way Cool!” DRAFT Magazine has chosen Louisville to host its Tailspin Ale Fest in Louisville on Saturday, Feb. 22 from 3-7 p.m.

We know what you weather worry warts are thinking: “Beer fests are outside events, and it’s freakin’ FEBRUARY!”

Leave the down jacket in the car. This one will be held indoors at the Louisville Executive Aviation Hangar at Bowman Field.

If you’re like most of us and have no idea where that hanger is because you fly coach out of Louisville International Package Airport, it’s located on the airport’s east side at 2700 Gast Blvd., which you access at Cannons Lane.

But enough of about directions. This is about beer, 150 different brands, so says a news release.

Liking this party so far?

DRAFT said it chose Louisville because of the region’s emergence as a destination for drinkers of fine spirits and artisanal beers. Yeah, we knew that, but glad to get the props all the same.

You can get three types of tickets:

$40 for general admission, which includes a commemorative glass and tastings from any brewery

$75 for a VIP package, which includes early admission at 2 p.m., all beer tastings, one food voucher, a year’s subscription to DRAFT Magazine, a commemorative tasting glass and a limited-edition growler.

Designated drivers get in for $10, but they must be at least 21.