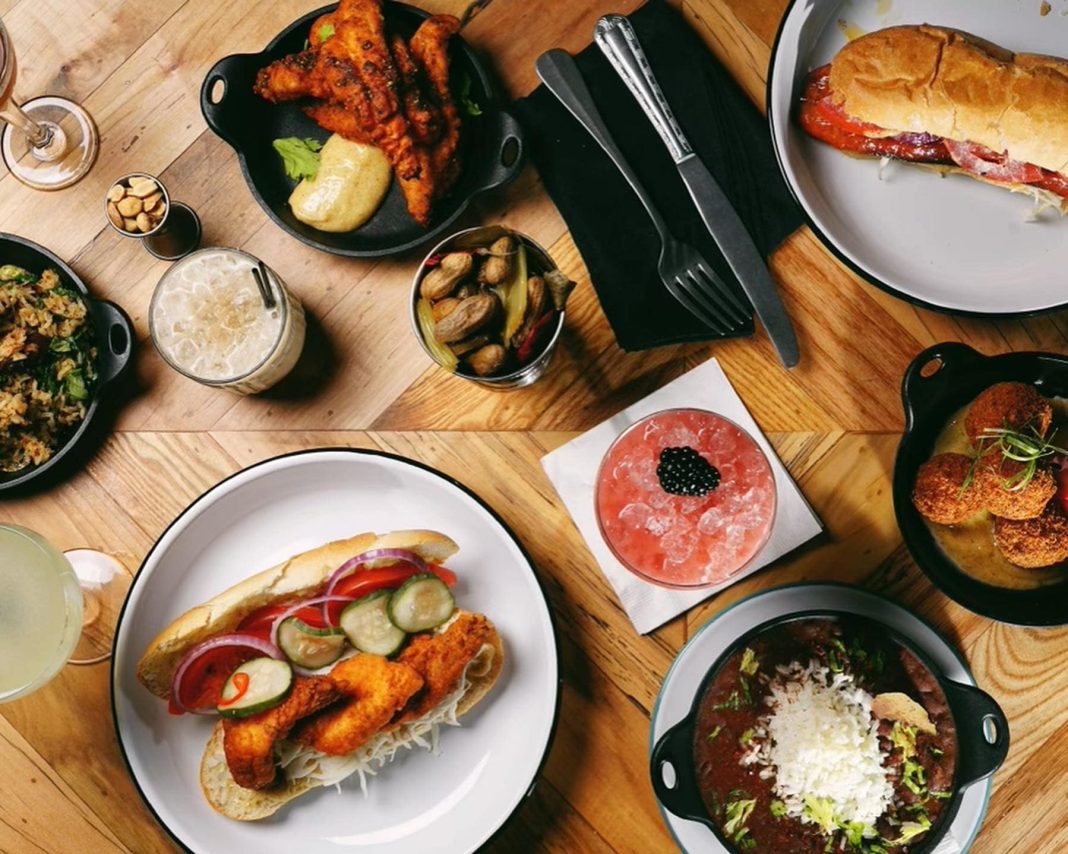 We last looked at North of Bourbon in July, as the bar and restaurant was under development at 935 Goss Avenue, former home of Mr. Lee’s lounge (and before that, Groucho’s).

North of Bourbon, a new bar coming to Germantown

Now the wrapper is coming off, and North of Bourbon will open its doors on New Year’s Eve.

North of Bourbon is so named because it aims to specialize in Kentucky bourbon, but unlike other area bourbon specialists, it also comes in reference to Bourbon Street in New Orleans.

The street dates back to 1718, when New Orleans was founded by Jean-Baptiste Le Moyne de Bienville. French engineer Adrien de Pauger laid out the streets of New Orleans in 1721 and chose one to carry the name of the French royal family ruling at the time, Rue Bourbon.

“He’s gonna do Deep South food. Not anything that’s on our standard southern menus here in Louisville — Louisiana and Mississippi mainly — but we’re pulling from all over the South,” (co-owner) Eric Jennings, said.