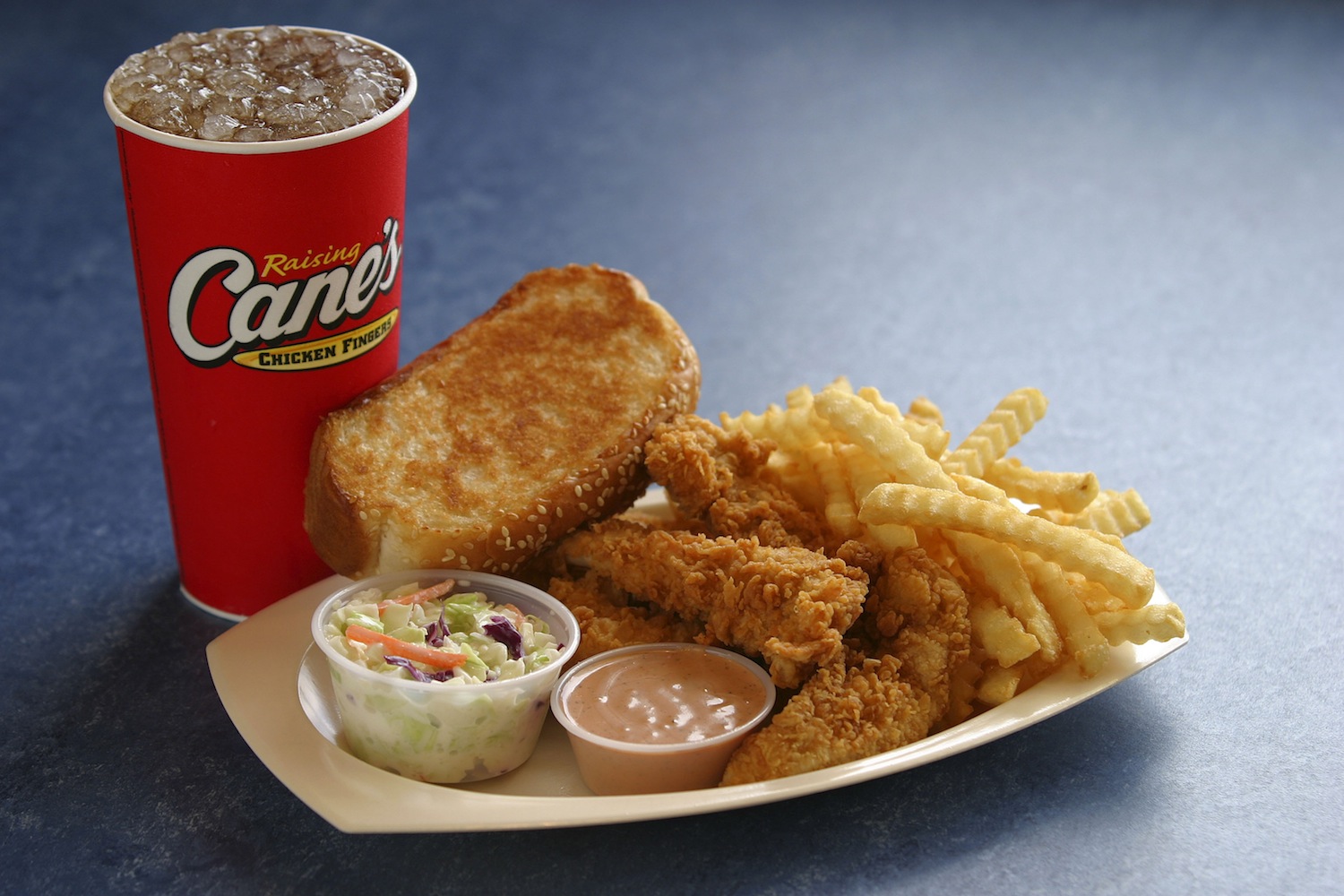 The sixth Louisville location of the increasingly but inexplicably popular Louisiana-based fast food chain Raising Cane’s, which specializes in chicken “fingers” (breaded and fried strips of tenderloin and breast meat) will open in the near future at 1905 S. Hurstbourne Pkwy., a site that was until recently home to an Applebee’s.

Raising Cane’s, founded in 1996, has since 2012 opened outlets all around the Louisville Metro area. Its limited menu is confined to chicken fingers, Texas toast, crinkle-cut fries and coleslaw.

As Raising Cane’s blossoms, Applebee’s withers. The most recent closing of the Highlands Applebee’s at 2225 Taylorsville Rd., has pared down the once-popular family restaurant, which not too recently had stores on Dixie Highway as well as Hurstbourne and the Highlands, to only two in the area, in Middletown and on the Outer Loop.

Applebee’s belongs to a style of corporate restaurant, the family casual niche, that has been losing ground nationally in the last few years. Preference has been growing for the fast-casual concept, which requires patrons to order at the counter, rather than to sit and have servers come to them for the orders.