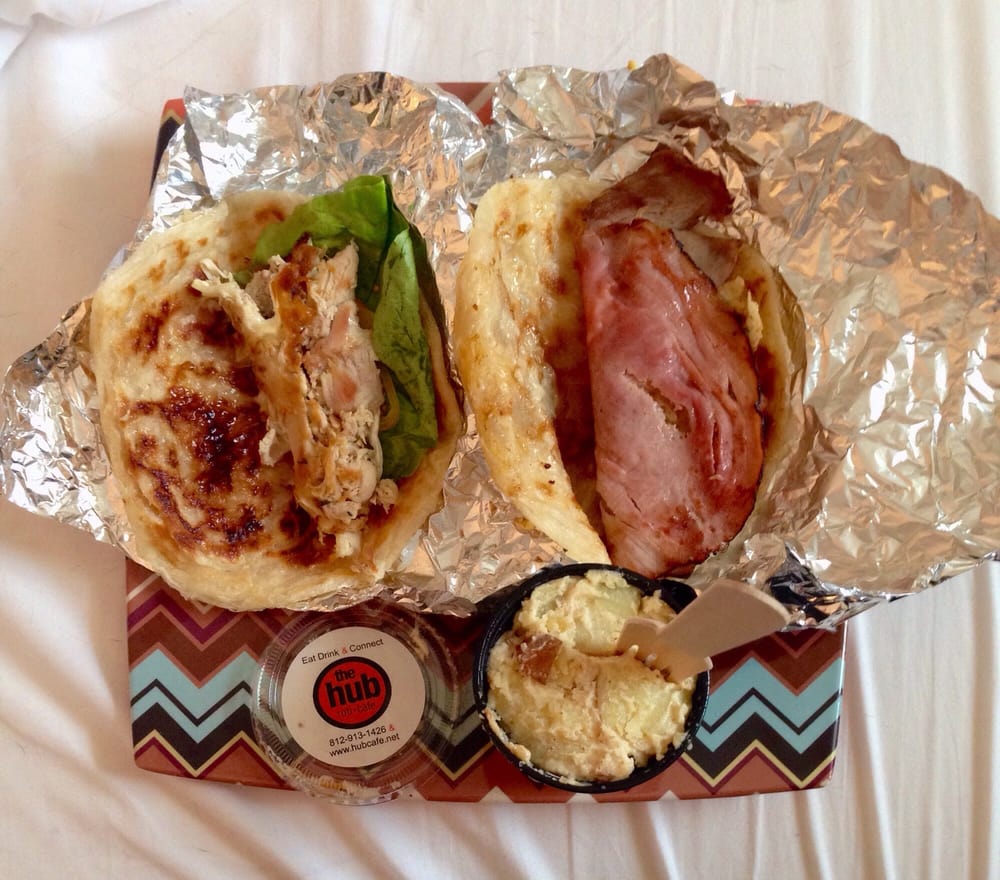 Urban Bread Co., a Southern Indiana restaurant, is opening a third location inside Flat 12 Bierworks’ taproom on Riverside Drive in Jeffersonville. The companies have signed a deal in which Urban Bread is supplying food for Flat 12’s taproom.

Urban Bread Co. opened in 2015 as The Hub Cafe on 10th Street in Jeffersonville. Last February, the company opened its second location at 145 E. Main St. in New Albany, and changed its name to Urban Bread Co., since its main product, roti paratha, is a flatbread. The name change also helped the business avoid any confusion with The Hub, a Louisville restaurant on Frankfort Avenue.

Roti Paratha forms the basis for a dish that can be topped with pulled pork, smoked brisket, pork belly, fried chicken, tempura fried shrimp, tempura fried cod, creamed spinach and blackened salmon and vegetarian items such as smoked tofu, fried green tomatoes and grit cakes. The result can be rolled up and eaten sort of like a taco, sort of like a gyro, but with an identity all its own.

The Jeffersonville location will also move, to 1000 Auction Way, on the 10th Street corridor but away from downtown.