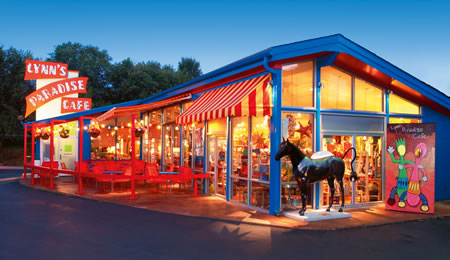 The story that won’t die.

Since Lynn’s Paradise Café made headlines—first for its mandate that servers bring $100 to work to ensure assistants were tipped in cash, second for a server being fired for not following said mandate, and third for closing abruptly last week—every local restaurant media outlet and/or reporter has fielded some zillion calls …

On Tuesday night’s radio program, The ChefBoyarDean Show, restaurant service expert, author and speaker, Paul Paz, who calls himself “a career waiter,” called in from Portland, Oregon, to weigh in on the matter. Long story short, he said he’s never heard of any restaurateur asking servers to carry a cash “bank” larger than $25. Paz also said requesting servers carry that much money to tip out their assistants—instead of the restaurant distributing the actual cash—signals a cash crisis at Lynn’s. (Follow the link to listen to the show for yourself.)