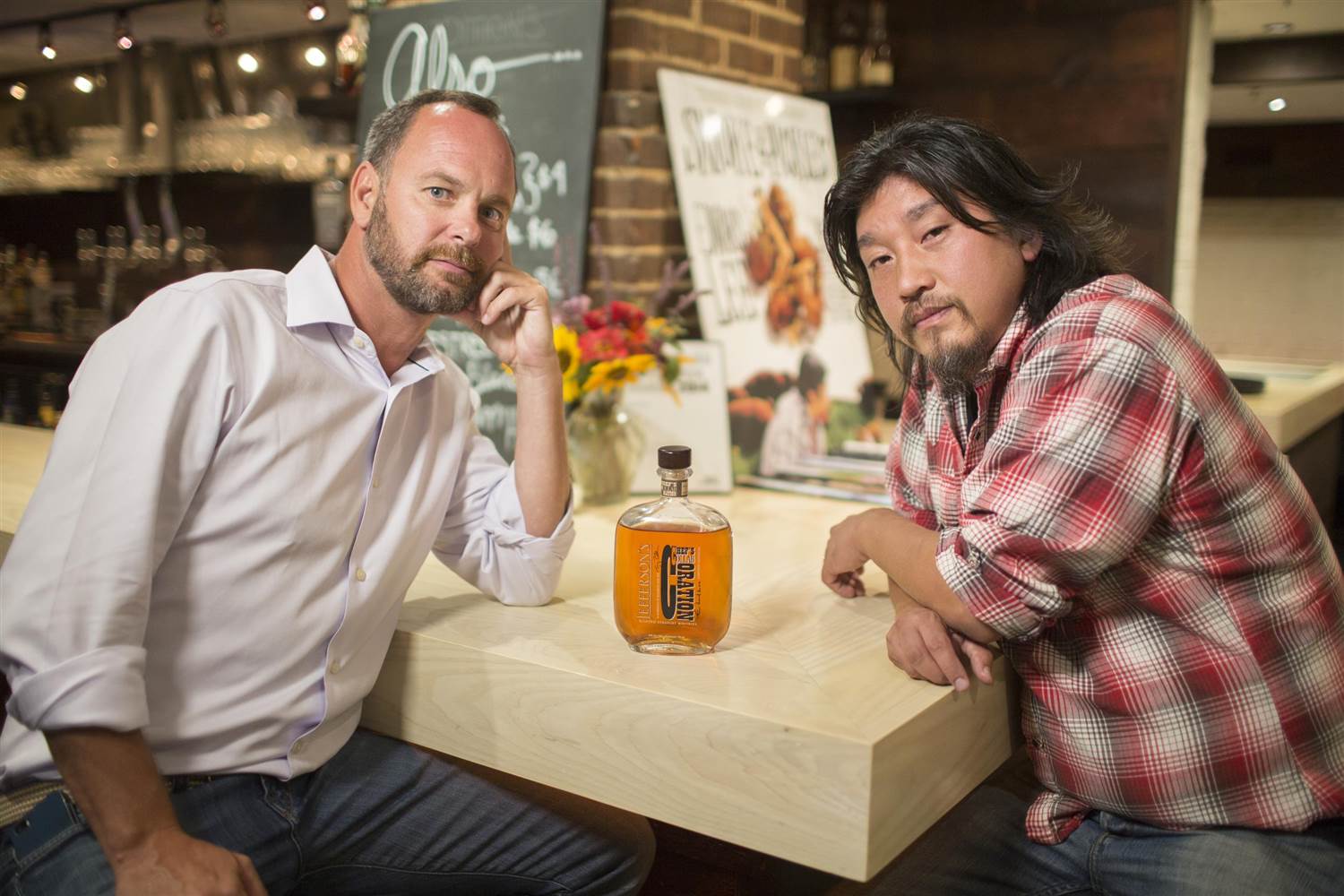 An abundance of Lees–Louisville’s Edward and Charleston’s Lee Brothers, Matt and Ted–will be together on the state of the Bingham Theater at Actors Theatre of Louisville, 316 W. Main St., on Friday and Saturday, June 19 and 20, to perform a live action cooking show which they are calling the “Boiled Peanut Hour.”

The hour long demos will be followed by a bourbon tasting, food tastings and cookbook signings. $45 includes ticket to the show and food tastings. Call 502-584-1205  to purchase tickets or go to www.actorstheatre.org

In other Lee news, not connected to Edward Lee per se, the Lee Brothers will feature Louisville on their new show on Ovation, “Southern Uncovered with the Lee Brothers,” an indication of their regard for the food scene here, as reported a while ago by the Courier-Journal.

Apparently, food writers from out of town cannot cover any aspect of what is happening in restaurants here without mentioning the Hot Brown. So, so will the Lee Brothers, but they will also highlight the local coffee culture, which is suddenly getting attention, and talk with the guys at Sunergos coffee, and schmooze with Anthony Lamas (Seviche); Annie Pettry (Decca); Bruce Ucán (Mayan Café); Matt Jamie (Bourbon Barrel Foods) and visit with Jay Denham and his acorn-guzzling pigs at Wildwood Farms.

Filming for the segment was done the second week in May, to air Sunday, July 5 at 8 p.m.