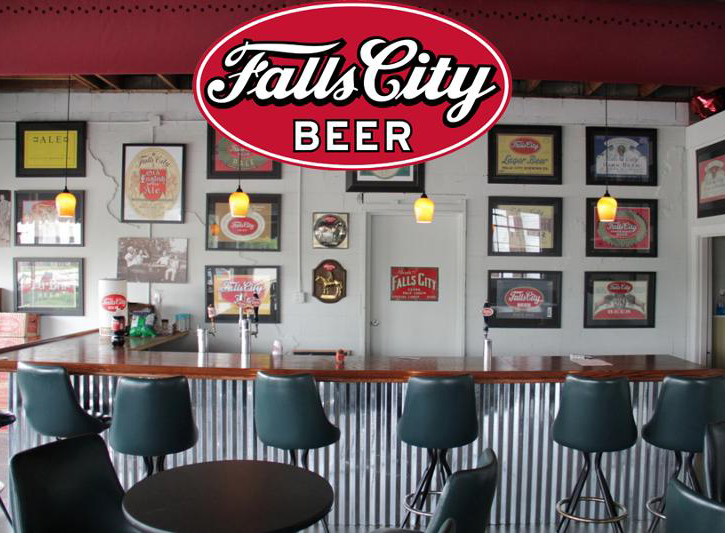 File this one under…  FINALLY!

David Easterling has talked about it for a long time, but come Saturday at noon, the owner of Falls City Beer will open his new tasting room at 545 E. Barrett Ave.

It is not a bar where you can expect to get beer by the glass. According to Easterling, it is a place designed as a stop to familiarize yourself with new Falls City products and get your growlers filled.

“Since we don’t sell by the drink, I don’t expect a lot of people stopping to get growlers filled after 8,” Easterling said, adding that only those 21 and older are allowed. “I’m targeting the rush hour purchaser who wants to grab a growler and go home.”

In addition to the English Pale Ale that has helped revive the brand—because it is a recipe that actually made Falls City a really good tasting beer—there’ll be plenty of samples of its American Pale Ale, Rye IPA, Wheat and Black IPA. (Are we the only ones who didn’t know Falls City had this many styles? Go, City!)

Following this weekend’s soft opening, expect the tasting room to be open regularly on Thursdays and Fridays from 4 to 8 p.m. and on Saturdays from 12 to 8 p.m.

Brian Reymiller, who created the legendary She Devil IPA at Browning’s back when it was open, is the head brewer locally. He will be at the soft opening, taking questions and chatting about his beer. (It’s good to see you back in action again, Brian.) Just sayin’, but prepare to be asked whether the ol’ hoppy girl from Hell will emerge in some new form. Hop heads can hope, right?