Home RESTAURANTS Awards & Honors Ed Lee’s “Mind of a Chef” nominated for Emmy, and a summer... 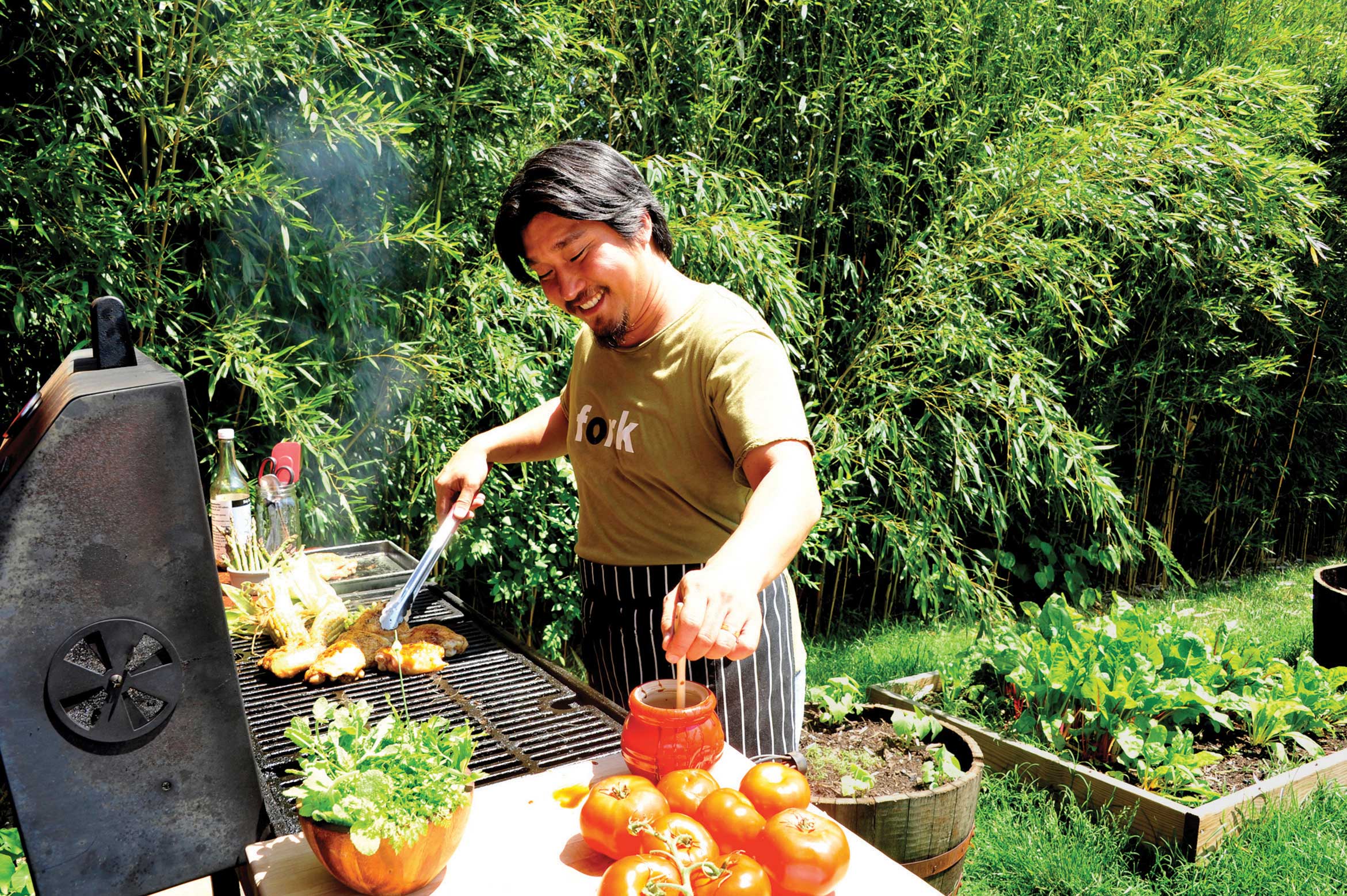 Chef Edward Lee of 610 Magnolia and Milkwood is having a memorable year after stepping into the TV world. The PBS series “Mind of a Chef” season three, which featured Lee and Sweden’s Magnus Nilsson, received five nominations for the 42nd Annual Daytime Emmy Entertainment Awards. The show was recognized in the Outstanding Culinary Program and Outstanding Culinary Host categories, and in three technical categories.

In the show, produced by Anthony Bourdain, chefs discuss their backgrounds, their culinary interests, and what drives their thinking about the food they create.  In the program, Lee traveled from France to Argentina–to learn traditional open-fire cooking–then back to domestic cities like San Francisco and Brooklyn, where, in the pilot episode, Lee returned to his hometown of East New York for the first time since his childhood.

In one media interview, Lee reflected on his experience on the show. “ I think chefs by nature are very instinctual and impulsive. We don’t necessarily think about the reasons why we do things. We just do them. I think any show like this makes you really take a moment, pause, and dig deep. I think for me, that was really revealing about myself. I always knew it, but what really came to floor is that I’m just fascinated by the narratives of every person that I come in contact with.”

This summer, Edward Lee will collaborate with two other Lees, the Charleston brothers and cookbook authors Matt and Ted Lee, to relate some of those narratives in a new TV show that will be filmed in Louisville, in Actors Theatre’s Bingham Theater. “The Boiled Peanut Hour: A Live Cooking Show about Southern Identities” will film at 6:30 p.m. June 19 and June 20.

Explaining the format of the show, Ed Lee said, “Each of us will tell a story in a recipe.”  Each presenter will prepare a dish on-stage, answering questions from the audience, and with the other participants chiming in. Lee and his co-hosts (who are his friends, not relations) will be able to talk about the larger contexts of their recipes, reflect on where the ideas for their recipes come from, and connect their personal stories to the food they make.

If this event goes well, Lee hopes to do an annual summer show with guest chefs, and even is thinking about taking the show on the road. “Who knows? I think there is potential … [limiting it to] really small intimate theaters.”

After the show, guests can sample the featured dishes prepared by MilkWood and have a chance to meet and talk with all three Lees. Tickets are $45 and include the show, food and wine reception, and book-signing. A limited number of VIP tickets are available, which include an after-show dinner and cocktails with the Lees. Call (502) 584-1205 or go to ActorsTheatre.org