Home CALENDAR of EVENTS Great beer and great food, what’s not to like? 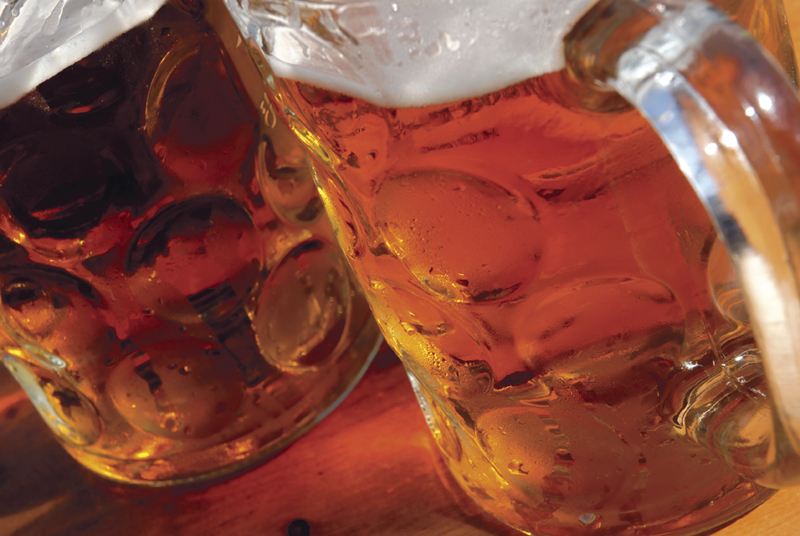 Three beer-centric dinners events are slated for next week.

And we’re not talking wings and sports bar pitchers of the pale stuff, people, we’re talking really good stuff: craft beer paired with dinner. Read on and start filling in your calendar.

Against the Grain: Ain’t No Thang, But A Chick’n W’ang dinner

This April 1 dinner in the brewpub’s Robot Room, centers on a variety of wings. Ever had a rabbit wing? Apparently they’ll have one there. All four courses are paired with ATG’s incredible beers and represent a different region of the world.

The menu includes duck wings, quail wings, the aforementioned rabbit wings and much more. The meal costs $60 (not including tax and gratuity) and has a limited number of seats available. Click here for more details or call 502-515-0174.

The Exchange Pub + Kitchen: This newly moved and redone New Albany hotspot is hosting a Flat 12 Bierwerks Beer Dinner on April 2 at 6:30 p.m.

The limited seating evening costs $60 per guest (not including tax and gratuity) and will be held in the Shrader & Son’s room on the second floor.

Make your reservations by calling 812-948-6501 or emailing thenaexchange@gmail.com.

Also on April 2, Gordon Biersch Brewery Restaurant will host a tapping party to roll out its limited edition seasonal Maibock lager, recently named one of the Top 10 Spring Beers by lifestyle site Gayot.com.

The party begins at 6 p.m., is open to the public and attendees can taste the beer plus sample the new seasonal menu items. Beers will be $2 with $1 of every beer sold going to Kosair Children’s Hospital. Proceeds from a silent auction will also benefit Kosair.