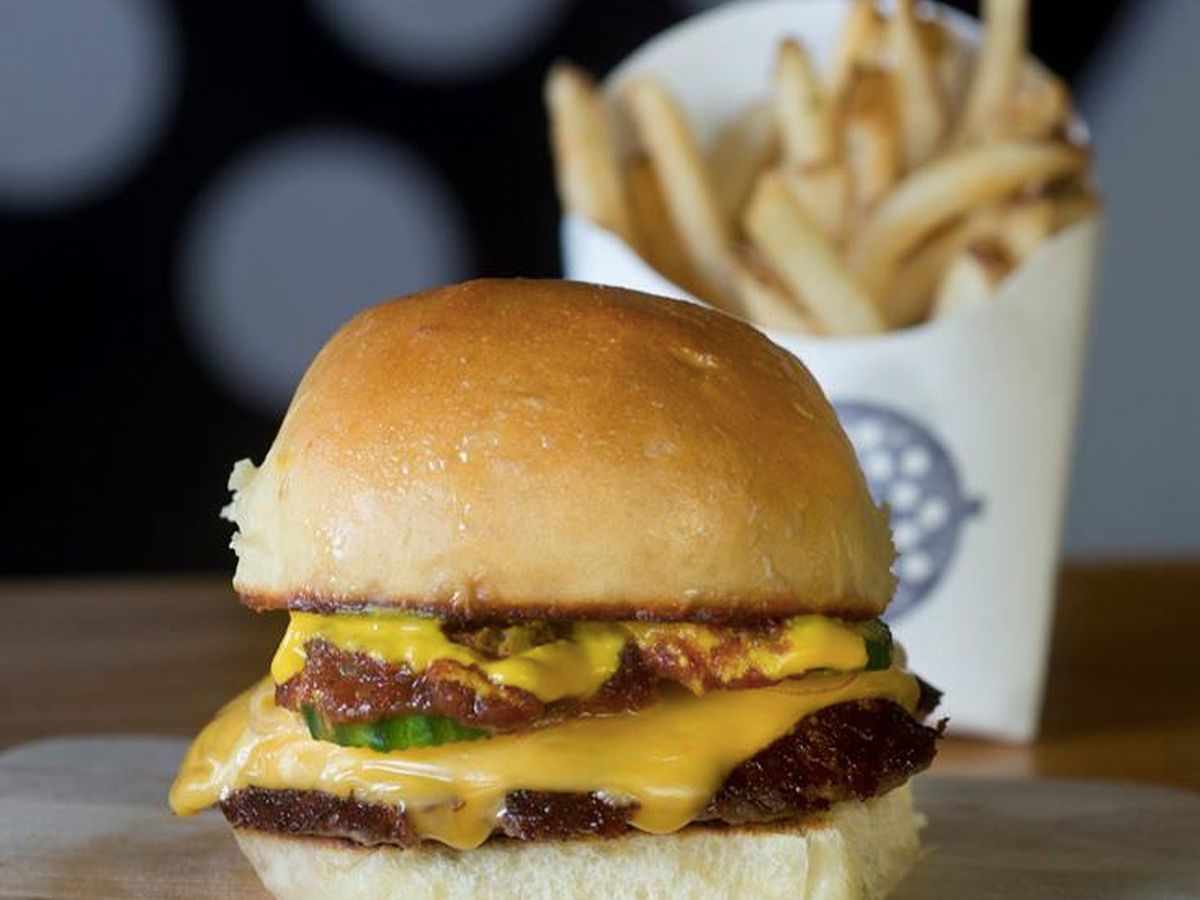 The deluxe burger concept that Jesse and Liz Huot developed first in their Grind Burger food truck, and then in Grind Burger Kitchen, now at 829 E. Market St. is not enough for their fans, who have pestered them about doing sliders, mini-burgers they can buy by the bagful. Those requests, added to the availability of a likely restaurant space, has encouraged them to open a second restaurant, Oskar’s Slider Bar, at 3799 Poplar Level Rd., at the corner of Trevilian Way.

This is in a spot that formerly was home to Teena’s Pizza and, before that, Frolio’s Pizza. The Huots hope to open by this fall. According to a story in Louisville Business Insider, they had looked at the Poplar Level location before, when they were looking to relocate from their original Preston St. site, and before their current NuLu site became available.

The menu is likely to offer over a dozen slider choices, chicken sliders, fried fish sliders and pork belly sliders in addition to the expected ground beef mini-burgers. Fries and salads also will be on the menu, and most choices will be under $3, according to the Business Insider story.

The Huot’s year-old son Oskar inspired the name, and the child’s nickname “Little Bear” inspired the stylized bear logo they will use.