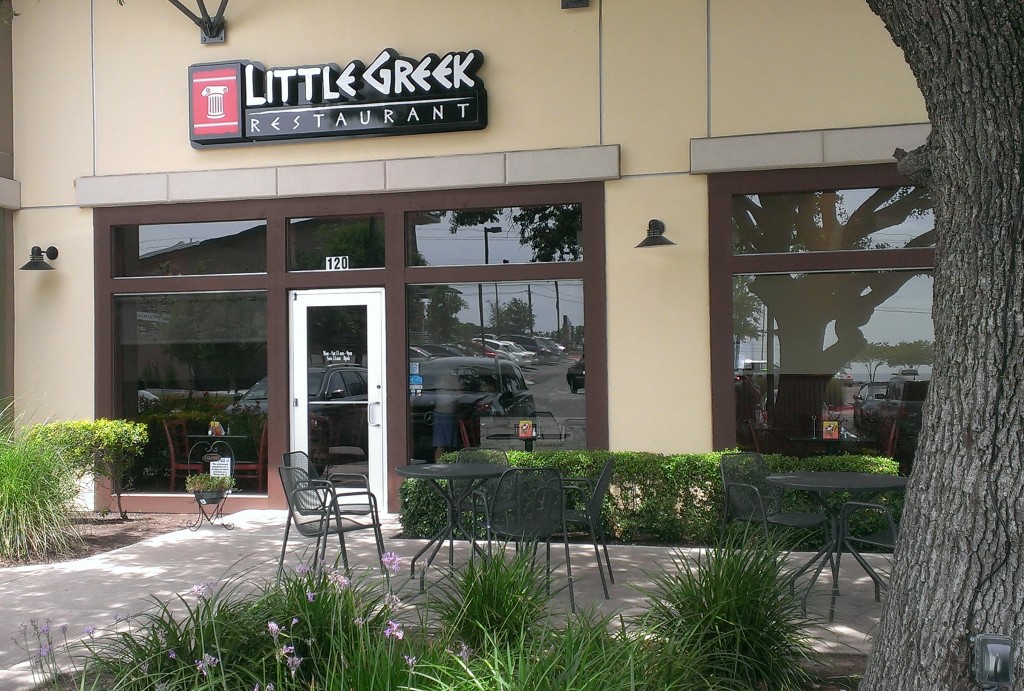 There’s been a whole lot of shakin’ going on in the restaurant scene lately. New menus are kicking in, old faces are returning, or turning to new ventures, some new eating choices are emerging. Here’s a compendium of recent restaurant news.

Decca’s full menu is also available at the bar, as well as Pettry’s “bar snacks” small-bites menu. Stop in for some of bar manager Cameron Lyles new cocktails, which which include the Guggenheim, the Rosita and Beulah’s Ballad. That last one is made with bourbon, Fernet, honey and sweet vermouth

Logan is originally from North Carolina and has worked in Kentucky kitchens since 2003. He was an early champion of the Kentucky Proud program. His culinary resume includes serving as executive chef for the Breeders’ Cup at Florida’s Gulfstream Park, American Airlines Arena in Miami and the opening of PNC Park in Pittsburgh. He is happy to return to Louisville, which he calls  “one of the best food cities in the country.”

III. Owners of Little Greek, a restaurant chain based in Tampa, Florida, are  reported to be looking for a site for the company’s first Louisville location. The restaurant offers freshly prepared Greek dishes created from traditional recipes.  The restaurants usually offer dine-in, take-out and catering.

There are currently 19 locations of Little Greek  in Arkansas, Florida and Texas.

The chef says to expect lots of mezze options, “the typical Greek tapas,” accompanied with wine or ouzo, which means she is seeking a full liquor license. Bell says she’s going to be open for lunch and dinner, and she has plans for a Sunday brunch, too. In addition, she’ll be booking live music on Friday evenings.

V. The long-awaited Mesh restaurant has set an opening date of Wednesday, Feb. 25. The old building at the former site of Azalea and, before that, Bauer’s 1870 Tavern was razed, and the new 7,600-square-foot restaurant, which will seat over 200, along with outdoor patio seating, has been completed after a long building process. The fine dining restaurant owned by Indianapolis-based Cunningham Restaurant Group was supposed to open at 3608 Brownsboro Rd. last year, but the opening was postponed because of the usual snafus that beset any complicated new construction.

VI. SmokeHawgs food truck, operated by Mark Sheridan, who had been in the medical profession until he succumbed to the allure of smoking meats, has settled into a semi-permanent spot at the corner of Plantside Drive and Bunsen Way. Sheridan is serving up brisket, pulled pork, chicken, ribs and a special smoked sausage.

Sheridan started entering barbecue competitions about 15 years ago,and did well enough that he started to consider opening his own BBQ business. His new food truck sports the logo of a shades-wearing hog on the side.

Sheridan says he tries not to put too much smoke into his meats, and offers several sauces, including a smoked onion aioli that he thinks enhances his chicken, and a Sriracha-based hot sauce. The sweet and spicy pulled pork is rubbed with Cajun spices with a bit of sugar and honey. For his chopped brisket, he recommends a  a dill and horseradish sauce he created just for the smoked beef.

Side dish offerings include cheesy potatoes, baked beans made with green pepper, Italian-style green beans, creamy coleslaw, and macaroni and cheese prepared with a dry mustard spice. A special concoction unique to Smokehawgs is the Triple Bypass, a spicy sausage link made with 50 percent bacon topped with pulled pork and coleslaw.