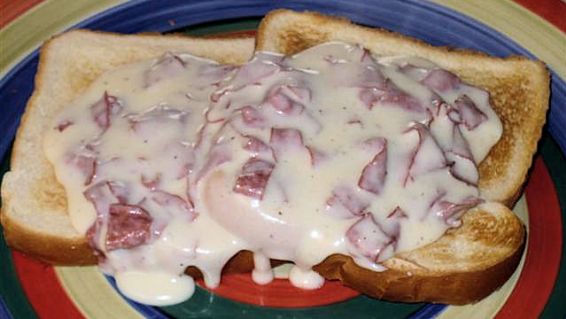 It’s about how we treat our veterans every single day of the year. It’s about making sure they have the care they need and the benefits that they’ve earned when they come home. It’s about serving all of you as well as you’ve served the United States of America.
— Barack Obama

Veterans Day 2020 marks the 102nd anniversary of the Great War’s end on the eleventh hour of the eleventh day on the eleventh month in 1918; originally called Armistice Day, we’ve since recast Veterans Day into an observance embracing the military service of all American veterans, not just those from the World War I generation.

Googling “Veterans Day food traditions” leads to a long string of links on the general theme of deals and freebies, as though military service begins and ends in the mess tent.

It remains that yes, there are food-related discounts for veterans on their day, perhaps summarized best by this compendium at Delish: “All Of The Chain Restaurants Offering Free Food And Discounts For Veterans Day.” Be advised that indies do it, too, although avenues for information are more dispersed. Here’s a local eatery offer from Bourbons Bistro.

My late father was a Marine Corps veteran who served in WWII, and if he were around today my guess is that he would appreciate a small collection of recipes at Allrecipes.com, which includes a US Marine Corps Martini, Navy Potatoes, and variants from more than one branch of the military of Chipped or Creamed Beef on Toast – in the vernacular, SOS, or S**t on a Shingle.

But there’s more. Back in ancient times (2010) a purported “fact” about Veterans Day dining traditions became so widespread that Snopes eventually debunked it (“a remembrance of things pasta”), although the Christian Science Monitor got there first.

Veterans Day ravioli: Is that a real tradition?

Veterans and non-veterans alike, we all have to eat. Is there a traditional Veterans Day meal?

Wikipedia says there is. Near the end of their Veterans Day entry, we spotted something we’ve never heard of before:

The holiday is often celebrated by having a ravioli meal. This tradition dates back to the ending days of World War I when President Woodrow Wilson, aware that the returning soldiers would be longing for home cooked meals, invited 2,000 soldiers to the White House and helped his staff chefs cook them ravioli, which had just become a mainstay in mainstream American kitchens due to commercial canning.

For most news organizations, this would be more than enough evidence to start passing the Parmesan. But we like to go the extra mile here at the Monitor, which in this case means making sure that Wikipedia’s source checks out.

Included is a recipe for Canned Ravioli, tongue locked firmly in cheek. My father always enjoyed an adult libation on Veterans Day, and so will I, later today.