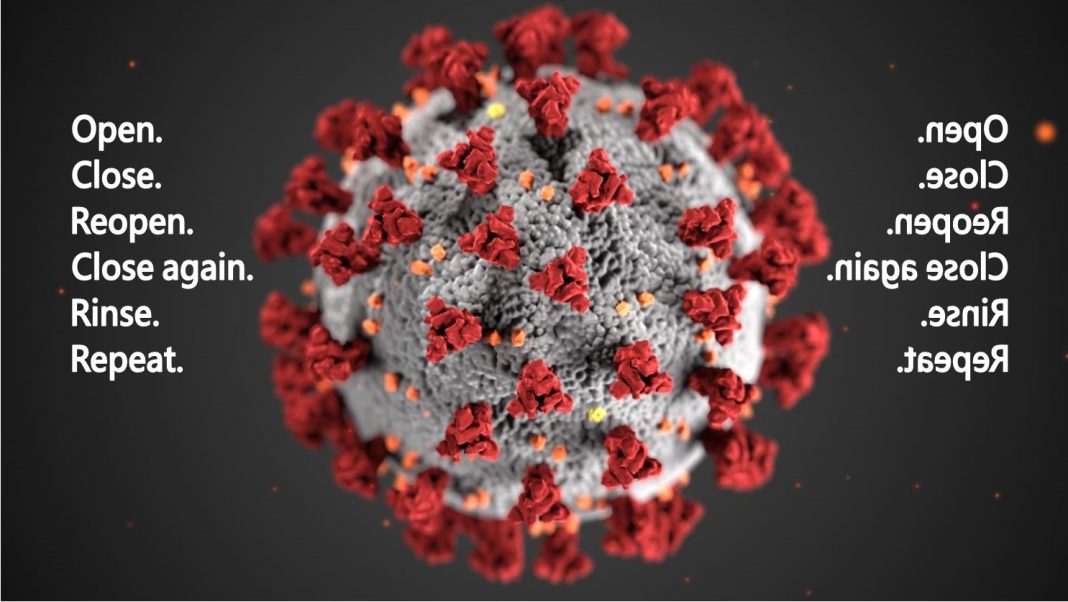 Marty Finley has the story at Louisville Business First.

(Beshear) said Monday that he doesn’t plan to extend the shutdown of indoor dining services for statewide bars and restaurants once his executive order expires after Dec. 13.

And that means they can return at the previous capacity limit as the Covid-19 crisis continues. The restaurant and bar restrictions went into effect Nov. 20, alongside additional restrictions on social gatherings, in-person school instruction and other businesses, such as gyms, swimming pools and bowling alleys.

Beshear also offered an update to the shutdown stick’s accompanying carrot, a $40 million relief fund for restaurants and bars. Short version: the funds are almost tapped, and there may be more. Back to Finley:

Louisville Business First has reported that the max amount of $20,000 isn’t enough for many restaurants and bars — especially larger restaurant groups — that have to cover bigger payrolls and other fixed costs, such as rent, utilities and linen services.

Beshear has said he knows the relief fund won’t make restaurants and bars whole and has called on Congress to approve a new Covid-19 stimulus bill that includes a relief package for the restaurant industry.

Obviously the entire nation’s hospitality industry awaits a semblance of pandemic relief/stimulus action on the part of the federal government, which has yet to materialize amid the political gridlock that has made American life so utterly charming during an unprecedented public health emergency.

As a corollary, Louisville Business First also has a pertinent list authored by Haley Cawthon: The local restaurants that got the most PPP money.

Nearly 50 Louisville restaurant businesses received more than $500,000 each through the Paycheck Protection Program.

According to the newly released U.S. Small Business Administration data, 16 full-service establishments and 33 limited-service restaurants were awarded more than half a million dollars. The businesses range from independently owned eateries such as Le Moo, to franchisees of high-profile chains like Papa John’s, Texas Roadhouse and McDonald’s.

Glimmers of hope in the approaching winter of our collective disgruntlement? Only time will tell.

Edibles & Potables: Chef Edward Lee on “why this could be the end of an era for independent restaurants”