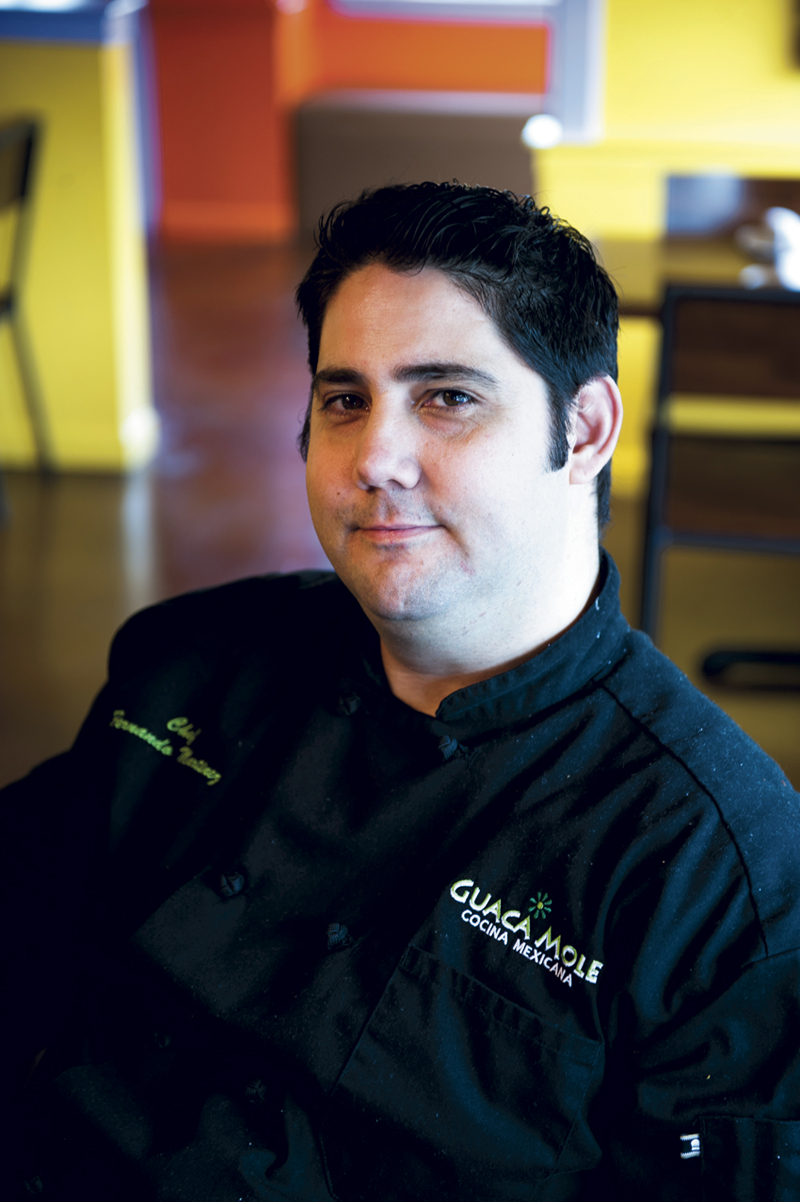 Fernando, Christina and Yaniel Martinez plan to open their third restaurant in less than three years in January 2014. The informal but higher-end restaurant will be dubbed The Place Downstairs, signifying its location in the basement of Mussel & Burger Bar, their always busy American bistro in Jeffersontown.

According to Fernando Martinez, the mood will be relaxed, but the food will be an expression of his technical culinary mastery to date, drawing on his international experiences of culinary school in Paris, his cofounding of Havana Rumba and Mojito Tapas Restaurant, working in multiple kitchens in his native Cuba his briefly adopted country of Venezuela, plus his tutelage under star Miami chef Douglas Rodriguez.

And if that his experience wasn’t broad enough, he added work at chain restaurant to his résumé.

Aware that he and wife Christina needed more experience in back of the house business operations, he worked as a kitchen manager at Chili’s while she worked as a general manager at Panera Bread while they lived in Miami a few years ago.

The Place Downstairs won’t be the cheapest place in town, but it will be one of the coolest. Martinez said he wants to cap entrée prices at $28 while still serving beautiful, unusual foods seen nowhere else in Louisville.

An extensive write up was done by Insider Louisville. Click here to read more.

If you want to jump to some cool pictures, visit The Place Downstairs’ Facebook page.