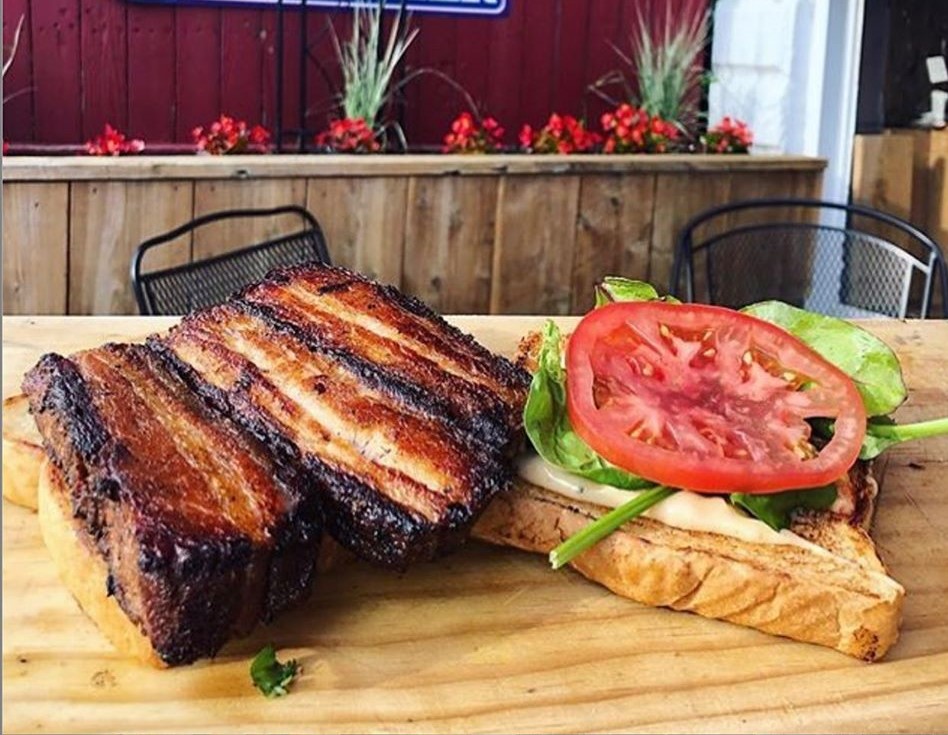 Reopen, resume, revamp, revert and reorganize; Friday, May 22 might as well be known as “R” Day* to honor the return to dine-in food service in Kentucky — or as the pop star once noted, restaurants are coming around again.

If you’re scratching your head at the familiarity of the address, it’s because two other restaurants from the Hammerheads team of Adam Burress and Chase Murcerino previously occupied the space. Here’s the chronology.

Highlands Hammerheads isn’t reinvention; it’s retrenching for difficult times, and you’ll be seeing more of it as the recovery begins.

As an example, there’s our Monday story about Chik’n & Mi and Hearth on Mellwood Eatery.

With Friday’s restaurant reopening date fast approaching, owners Jason and Aenith Sananikone McCollum are consolidating their businesses, with Hearth ceasing operations but Chik’n & Mi moving from Brownsboro Road into the 1765 Mellwood space and relaunching on May 22.

Food & Dining Magazine’s Jon Larmee subsequently spoke with Jason McCollom, who diagrammed the reasoning: fine dining (Hearth, the newer concept) will be hit the hardest in the coming months, but the customer base at the older of the two restaurants (Chik’n & Mi) has been very supportive — and with outdoor dining space now in demand, the patio area at Hearth’s footprint has shot up in value.