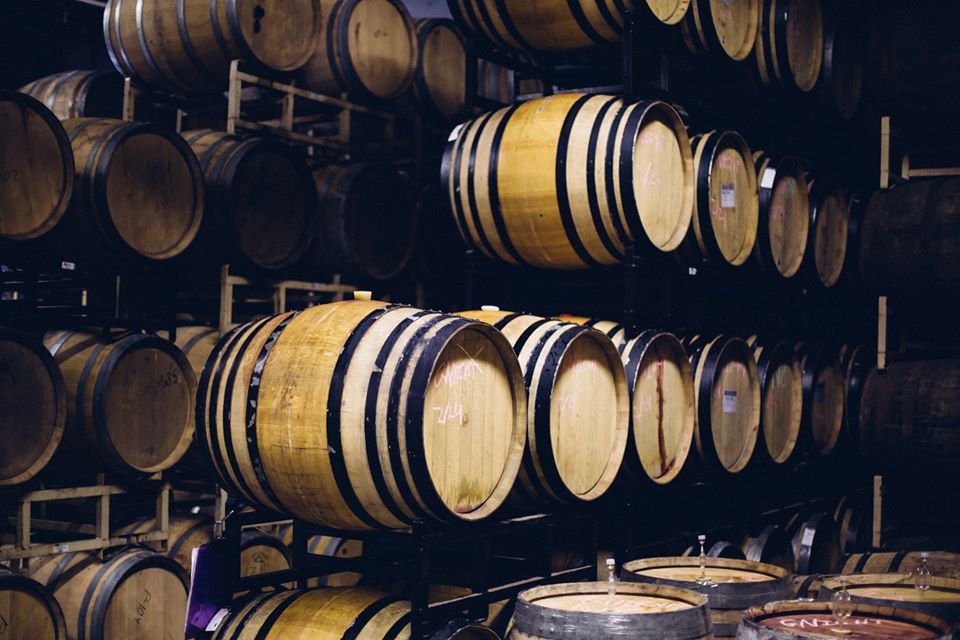 It’s impossible to know when the light bulb above a brewer’s head first lit, hatching the seemingly crazed notion to age beer in a used bourbon barrel. This said, craft brewers began the practice in the early 1990s. The first local batch probably was put aside to rest at Bluegrass Brewing Company in the mid-1990s, and around 2000, the defunct Pipkin Brewing released a packaged Bourbon Barrel Stout.

The rest is history, but history has not ended, and the Angel’s Envy distillery has announced a partnership between it and Louisville area brewers called Angel’s & Ale, with Angel’s Envy providing 10 used barrels to the brewery of choice for filling with an appropriate ale, a period of aging … and fusion-flavored enjoyment.

And who better for the inaugural launch than Against the Grain? AtG’s Brewery and Smokehouse faces Angel’s Envy across Main Street, and the barrels/kegs could be rolled back and forth if necessary.

Here’s the press release detailing the program as well as the kickoff event on Friday, February 28.

Angel’s Envy Distillery will launch their barrel-aged beer program, “Angel’s & Ale,” with Louisville-based partner Against the Grain. The beer resulting from the partnership is a Belgian Quadruple Ale that was aged for 3-4 months in port barrels formerly used to finish Angel’s Envy core product, Kentucky Straight Bourbon Whiskey Finished in Port Wine barrels.

To celebrate the partnership, an exclusive ticketed event will take place on February 28 from 5:30pm-8pm. A limited number of tickets will be available at $45 each. The event will include:

Ticket purchasing and program information can be found here. Angel’s Envy will be announcing additional “Angel’s & Ale” collaborations throughout 2020.