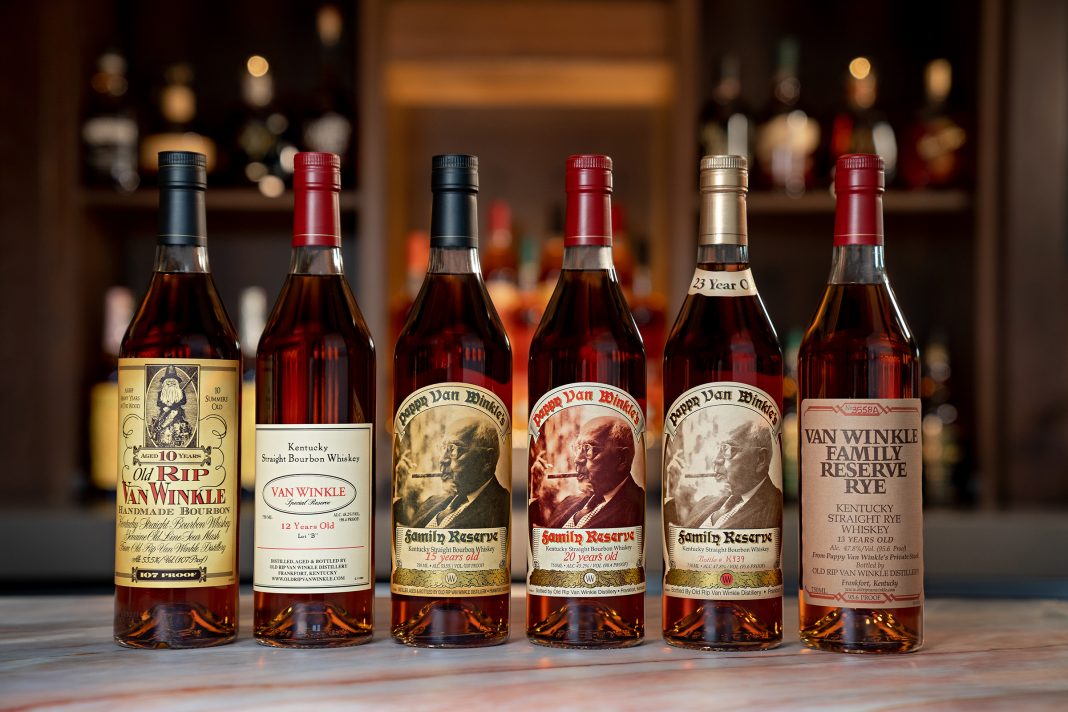 The Pappy Game is Afoot

Buffalo Trace Distillery announced this week that the yearly distribution of highly allocated Pappy Van Winkle whiskeys is pending. Here are excerpts from the press release clearly explaining the distillery’s pricing policy and some of the selling and buying shenanigans unfortunately associated with the highly allocated line:

“Yields from the barrels are typically low due to the evaporation during the long aging cycle, and this year is no exception. While the amount of 10, 12 and 15-year bourbon will be about the same as previous years, unfortunately the 20 and 23-year-old barrels yielded far fewer bottles this fall. Good news is there is more 13-year rye than in years’ past.

“Unfortunately even though we suggest what we believe to be a very low and fair MSRP, we cannot control the price retailers charge, and some retailers mark it up even though we and the distributors that those retailers buy from ask them not to,” said Julian Van Winkle, president, Old Rip Van Winkle Distillery. “We are committed to releasing quality whiskey at a reasonable cost and we hope retailers will honor what we suggest as a fair retail price.”

Upon release of the Van Winkle bourbon this fall, Buffalo Trace Distillery reminds fans to be wary of online resellers such as private Facebook groups, Craigslist and other online marketplaces. “Trading and selling bourbon online is an unlicensed and illegal sale.  If you are not a licensed retailer selling Van Winkle products, we are prepared to take action to curtail the activity,” says Kris Comstock, senior marketing director at Buffalo Trace Distillery.  “Additionally, if you are a customer trying to buy a bottle at a licensed retailer who has marked it up above MSRP, we encourage you to file a complaint with the Better Business Bureau or contact your state Attorneys General office.” 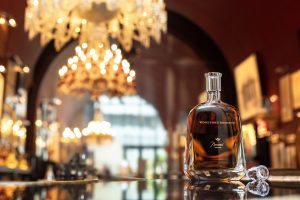 Obviously ‘tis the season for high-end, limited edition bourbons. Woodford Reserve Distillery has partnered with Baccarat, the 250-year-old French crystal maker, to release a very limited edition of 90.4 proof Woodford Reserve bourbon that has been aged an additional three years in XO French cognac casks. It is presented in a handmade crystal decanter, each of which took five days to make and has a crystal stopper embellished with WR. The decanter is protected in Baccarat’s signature red box. The price is a cool $2000. 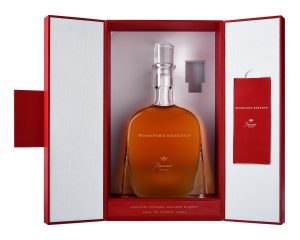 Not surprisingly, Baccarat Edition is available in extremely limited quantities and can be purchased via Reserve Bar and at select retailers for nationwide. A limited number of bottles are also available at Woodford Reserve Distillery in Versailles. Go to www.woodfordreserve.com for more details.