Home CALENDAR of EVENTS Feed all 7 senses at Germantown Festival 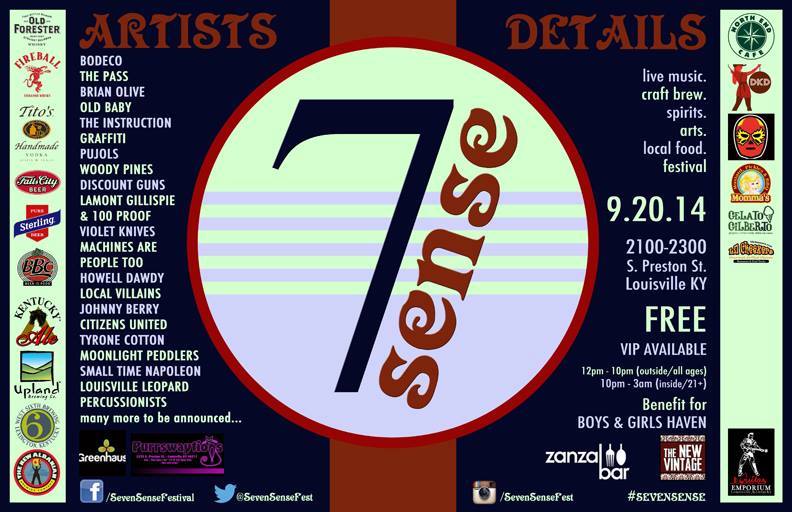 It is that time of the year for neighborhood festivals, which are ramping up as cooler weather arrives. This Saturday, Sept. 20, Germantown inaugurates its Seven Sense Festival, a block party featuring more than 20 bands, local food and craft beers.

Two blocks of South Preston will be closed for the free festival, which will run between noon and 3 a.m. Four businesses,The New Vintage, Zanzabar, The Greenhaus and Purrswaytions, were  the instigators, headed by New Vintage owner Hunter Embry.

Music will include performances by Bodeco, The Pass, Old Baby, Brian Olive, Pujol, Johnny Berry and The Outliers, Discount Guns, Woody Pines, Howell Dawdy, The Instruction, Machines Are People Too and the Louisville Leopard Percussionists.

The festival is all ages until 10 p.m. Then, adults choose which indoor party at the participating venues for their favorite bands. Some proceeds will benefit Boys and Girls Haven.